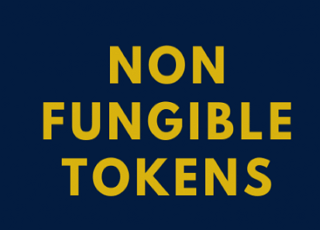 To understand this further, let us say you have a dollar and looking to invest in Bitcoin. You can change this dollar using Bitcoin, or it can be the same value. Non Fungible Tokens can be thought of as a certificate for a person who owns a unique object, whether digital or not. NFT affects many entertainment things, particularly with digital art, which will also be our primary focus.

The short history of digital art

Creating art on technology started to become a new way to express the artist in the 1980s. During this year, computer engineers decided to complete a new art form using the technology. The pioneer of this unique art form is Harold Cohen, a famous digital artist. Harold, along with some other workers, created a robot known as AARON.

This robot was programmed to create massive drawings using sheets of paper that were placed on the floor. After Harold Cohen, other famous artists used this new form of making art. This includes Andy Warhol and David Hockney, who used technology to create impressive art pieces.

Andy used a computer known as the Commodore Amiga when first introduced in a New York library in 1985. David was a significant fan of the IPad and used that as a way to create his artwork.

How do Non Fungible Tokens fit into digital art?

Non Fungible Tokens fit into the digital art world by keeping maintenance of the ledger and the artwork. Because of this, NFTs use blockchain technology to keep track of everything. Blockchains also prevent anyone from forging records of how Non Fungible Tokens work because they create copies of blockchain saved on different computers.

Each item that is within the blockchain is cryptographically linked when they come in. For someone to forge these digital art files, they will need to re-do the transaction on all copies, and they would need to do it all at the same time. Comparing NFTs to Bitcoin, each NFT is unique and contains information about the owner.

NFTs are also smart contracts. Smart contracts have codes rather than valuable data in a blockchain. As an example, NFTs can provide the artist with information about their sales.

While it is true that Non Fungible Tokens are more secure compared to other forms of cryptocurrency, they also face potential problems for users. For example, if built or around applications like the aforementioned smart contracts or websites, it doesn't provide the same security, unlike what NFTs do.

This could lead to hackers quickly getting into the computer/data because of the lack of security. This is evidenced by an incident that happened to the art marketplace Nifty Gateway. Many artists reported that their accounts were taken over and that their artwork was stolen, making the business lose money along the way.

The hacker attack victims stated that digital assets were sold on different social media platforms like Twitter and Discord. According to the claims, the thieves could hack their accounts and highjack their accounts, selling—buying, or re-selling NFTs.

While Non Fungible Tokens prevent forgery from happening, it does not deter accounts from theft. On the other hand, if a hacker sold the NFT, the blockchain will keep it on record.

Despite the hackers getting into artist's accounts and stealing artwork, there is a way to track these thieves. Currently, NFTs are set up depending on how many URLs are used, broken, or hacked into. Jonty Wareing, an analyst who is working on how to track hackers, did an investigation regarding the Nifty Gateway incident.

He expressed his findings on the social media platform Twitter. He found that both Non Fungible Tokens and the Json Metadata File, including the InterPlanetary File System (IPFS) gateway, are defined from the URLs made by the seller. IPFS is a system responsible for storing and accessing essential things like files, websites, applications, and data.

With these observations provided by Jonty Wareing, his conclusion stated that he wasn't impressed with what he found.

Significant problems with NFTs and art

With all of the things mentioned in the article, these problems can be solved if the system was built better. Here are the three main things that can change the system for anyone who uses Non Fungible Tokens:

If these three things are taken into consideration, the system of Non Fungible Tokens will improve heavily. This also goes to real estate, where the ledger will have to give an exact amount of ownership. The ledger will check if the owner who purchased the artwork bought it directly from its creator.

A new ledger also should include a check whatever there is not an existing registration for that artwork. That way, it will decrease the chances of duplicates. As for digital files, they need to be protected more by storing the URLs in a blockchain. These are the things that need to be heavily fixed for artwork to be safe.

NFT technology is only scratching the surface

NFT's are more important than we think. For those who don't have any interest in video games or arts, you will be okay without these types of tokens. But, the real...

Non Fungible Tokens (NFT) are maturing into the mainstream as Shopify has just made a bold announcement. Shopify will allow merchants to sell non-fungible...

NFT crypto are "Changing The Lives" in Asia

NFT crypto tokens are catching up in Southeast Asia. This is the same way people thought bitcoin was going to change their social status. People in...

With the NFT token hot market - smart investors are backing it

The NFT token market is currently among the hottest sectors within the blockchain industry. I am closely monitoring this new asset class. They are digital assets...

"Stay Free" is a piece of art that combines Snowden's image and a court ruling. An NFT artwork created by Edward Snowden has sold for $5.4 million in Ethereum...

Is the NFT crypto and finance be decentralized by regulators?

For NFT crypto didn't take long to be targeted by the Financial Action Task Force and treat its cross-border transaction as a laundering issue. As the FATF has...

Are Non Fungible Tokens are legal?