NFT crypto is "Changing The Lives" in Asia 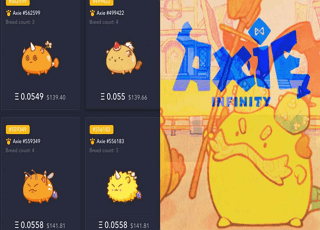 NFT crypto tokens are catching up in Southeast Asia. This is the same way people thought bitcoin was going to change their social status. People in South Korea saw bitcoin as a cash cow. So they quickly invested in it, hoping that it would change their financial situation instantly. Some made a killing out of it, while others are still struggling.

This was according to a new report by Nikkei. The report looks deep into how believers and skeptics clashed head-to-head about whether the NFT crypto is the future of finance and ownership or whether they are of no value.

Different people argued differently, each supporting their perspective. Some were for NFTs, while others saw it as a passing cloud.

NFT crypto is playing a significant role in transforming the lives of Asians in the Southeast. The report also highlighted how people were using NFTs to earn extra income and live better lives.

One of the traders named Gilbert Jalova explained how he had been buying and selling assets using a game called Axie Infinity. Doing so, the report said that Gilbert could earn up to $550 a month. This is more than what he earns in his regular formal job.

Java also explained to the reporter how the new form of business had helped him and his family bond, further strengthening family ties.

The report noted that more than 80%of the game's players were from struggling economies who found it hard to find formal employment means. As a result, the games are being used to supplement their incomes or alternative means of work. These comments were made by a game developer by the name of Filipino.

Riky Candra, who happens to be a university student at Pekanbaru, explained how he had managed to make 10 million rupiahs during that year since he started playing the game. He spends the money on books, equipment, and other daily campus need. Some of it he sets aside for deposit to purchase future assets using the game Axie Infinity.

Artists In the Southeast of Asia are also getting into the NFT cryptos business. Monez, who happens to be an artist in Southeast Asia, made $1,200 from his first NFT crypto artwork sale. Monez explained how the original artist remains poor after selling his/her artwork while the middle man makes a killing after selling the art, even double or triple the buying price.

Does NFT crypto have the future?

Skepticism about NFT crypto is still looming around. The CEO and founder of Digital Entertainment Asset, Naohito Yoshida, quickly pointed out the lack of liquidity. He further outlined liquidity in the NFT crypto market as a potential risk. 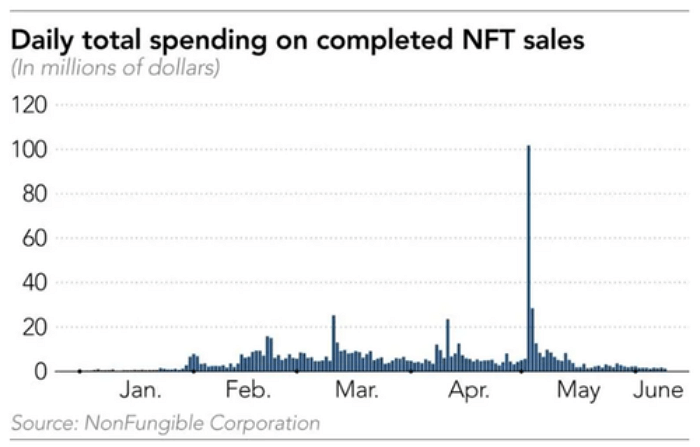 Buying NFT's for collection purposes is not a problem. The problem comes in when people tend to buy NFTs for investment purposes. Low market liquidity means that one can sells when they want to.

Nikkei also indicated that signs of the NFT crypto bubble bursting were already visible. He went ahead to quote that the liquidity market was drying up. The number of NFTs sold dropped from $101 million on 3rd May to about $2 million by the end of May.

The business development manager at Indonesia stock exchanged concluded the interview by suggesting how easy it will be for the younger generations to participate in digital natives. The older generations, however, don't appreciate NFT crypto. Instead, the old generation prefers tactile arts, which they can touch and see.