The S&P 500 market faded 0.3% yesterday, as headlines news concerning the coronavirus outbreak contributed a timely excuse to take some profits off the table.

At the same time, a significant delay in Boeing's 737 MAX timeline to the middle of this year further pressed the DJI Average loss of -0.5%. The Nasdaq Composite index fell by 0.2%, and the small-cap Russell 2000 succumbed -0.8%.

Traders and Investors did not seem too concerned regarding the outbreak as well as a trade deal, though, as the S&P 500 eradicated its losses, as the Nasdaq index popped an intraday high, by the second part of the session.

The market, though, made a reverse path on the story of the very first announced case of the coronavirus in the United States, most likely feeding into the more leisurely growth account that drew the stocks from overheated and overbought territory.

Regarding the trade deal, the first thing to note is that it isn't a trade deal explanation. It's President Trump's backing-off his tariffs demands once he realized that the tariffs fall on American goods and consumers, not on China's.

The President is concealing his denial by calling it a trade deal Phase One.  China’s role in the Phase One deal is to agree to acquire the American goods, which by the way it previously planned to purchase.

Further to conceal what is really going on, the Federal Reserve is going to extraordinary steps to smash the Gold and Silver markets by not allowing a reflective growth at the right price, which would reveal a massive amount of money printing scheme globally.

The cyclical market sectors were amongst yesterday's stragglers, especially the index S&P 500 energy sector showing a loss of -1.9%, materials sector posting -1.1%, and the industrial sector print -1.1%.

The latter sector was weighed by the disappointment in top-weighted Boeing stock posting -10.78 or -3.3%. The very rate-sensitive real estate sector outperformed on the day with +1.1% along with the utility sector +0.8%, as demand for United States Treasuries pushed yields lower.

The market in the Asia region was hit the hardest yesterday, while the beginning sell-off in the American stocks was moderate. Shanghai index plunged the equivalent Dow Jones 350 points with moderately more modest selling in India and Japan. Equities in London, Frankfurt, and Paris were also somewhat weaker.

Hong Kong stocks got smacked following Moody’s cut the credit rating on the city’s paper market, calling an “absence of tangible plans to either the political or economic and social concerns of the Hong Kong population.” As a result, the Hong Kong stocks closed down the equivalent of Dow Jones 730 points.

Among other financial assets, Bitcoin cryptocurrency following a surge over the $9000 on Sunday only to pull back since then. Gold metal is somewhat flat despite a big plug from Ray Dalio. Crude oil is lower, with West Texas Intermediate (WTI) trading under $58 per barrow. The Euro Dollar is a shade stronger against the U. S. Dollar, while yields are a couple of BPS lower. 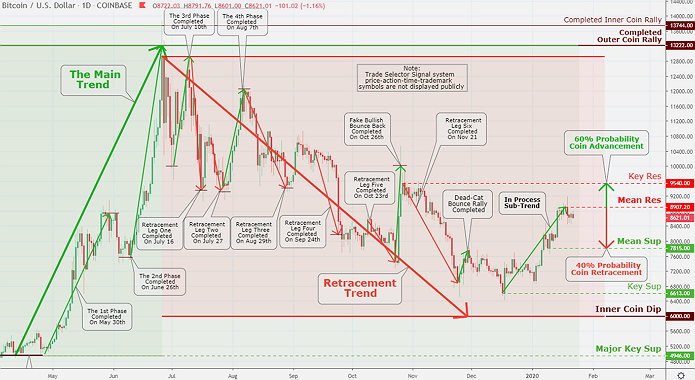