What is the price index? 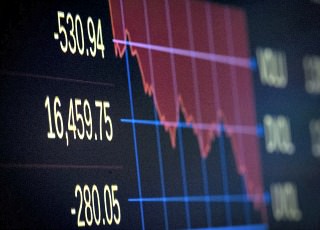 The index has a number of uses - it can be a tool to give an idea of the health of the economy in an area, and it can also be used to help with planning and pricing for businesses.

The first price index of this time is widely thought to have been created in 1675, by a Welshman called Rice Vaughan, although it is possible that someone else may have used similar tools before to chart other economies. Vaughan was trying to separate the problem of the inflationary impact that precious metals imported from the New World was creating on the economy from the effect that was being caused by currency debasement.

His calculations helped to give an idea of changes in wage levels in real terms. He believed that the basic labor market was not changing, and that a laborer's salary would buy the same amount of goods, regardless of the time period that the laborer lived in at the time. Vaughan's analysis showed that price levels in England had risen significantly - as much as eight times - over 100 years.

In the 18th century, William Fleetwood of England created what could be considered the first real price index. He used it to show how prices were changing over the years, and he was inspired to do this because there was a fifteenth century rule that said that students with incomes of more than five pounds per year could not get a fellowship. He wanted to prove that five pounds was far less valuable now than it was 260 years ago, when the rule was put in place.

His formula was rather primitive, but it did a good job of showing the point that he wanted to get across, and even today we use similar price index ideas to understand whether people are better or worse off once inflation is taken into account. Today, we consume more than we did hundreds of years ago, and that is something that is factored in when understanding our standard of living.

Are market indices confusing to you?

Stock market indices may be confusing to you if you are just starting out as a trader. That doesn't mean only novices are confused...

Technical analysis can improve your performance

Technical analysis can help you make wiser decisions when it comes to trading in stocks, futures, Forex or other tradable investments. It’s one of the two main ways...
Your Wealth Matters - Watch Now