We talked back in October about how Ripple was getting some regulatory push back here in the United States. For this reason, Ripple has been considering moving its business outside the country.

Well, over the holidays, the Securities and Exchange Commission (SEC) hit Ripple with a fierce sucker punch. It filed a lawsuit against the company claiming that Ripple, by issuing its XRP tokens, has been engaging in the sale of unlicensed security. 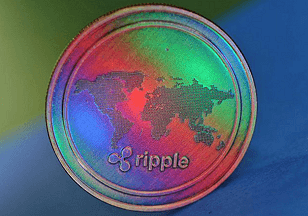 That’s because Ripple’s technology is a perfect example of how much value blockchain technology can bring to real-world transactions. Ripple's transactions can settle in three to five seconds. That’s almost instantaneous. And each transaction costs a fraction of a penny. This holds for cross-border transactions as well. Users get fast, cheap settlements no matter what.

And that’s why more than 300 financial institutions in over 40 countries have adopted Ripple’s technology. These institutions are top banks, central banks, and multinational corporations worldwide.

These institutions predominantly use Ripple as a bridge asset – virtually a bridge currency. It’s the perfect medium for converting one fiat currency into another. Compare this to sending money across borders using the traditional wire system. Outgoing international wires cost up to $50 per transaction, and they take several days to settle.

And that may be the root of the problem for Ripple

Ripple has been one of the most buttoned-up companies in the blockchain space from a regulatory perspective. It has been in regular contact with both the SEC and the Commodity Futures Trading Commission (CFTC).

The CFTC has already determined from its perspective that XRP is a currency, not a security. So why, after seven years of being in operation, is the SEC just now coming down on Ripple with a heavy hand? I suspect that it all has to do with power.

Ripple’s technology has proven itself superior to the Society for Worldwide Interbank Financial Telecommunication (SWIFT) system. That’s the network through which most international money transfers settle. This is an international organization consisting of mighty powerful financial institutions.

Yet SWIFT uses antiquated technology that’s proven not to be secure. It also takes days for every transaction to settle. My gut tells me that this organization sees Ripple as a threat.

And now that the U.S. government is working on its own central bank digital currency (CBDC), it has an incentive not to let XRP token get too powerful. I believe this is just about making sure Ripple doesn’t rock the boat too much. I suspect the SEC wants to extract a concession, and then it will settle with Ripple for a nominal fine.

As I write, XRP is down 59% from its previous high. That’s due both to these regulatory concerns and the fact that U.S.-based digital asset exchanges have suspended trading in XRP for the time being.

If I’m right about an upcoming settlement, XRP will likely rebound quickly. This could be an excellent opportunity for a contrarian investor. But this kind of heavy-handed action by the SEC is not good for the blockchain industry. It suppresses innovation domestically and pushes it offshore.

And this will reduce the number of potential investment opportunities that average investors have in the digital asset space. This will exacerbate the situation that we have today, in which initial coin offerings are almost exclusively offered only to accredited investors in the U.S.

Ironically, Ripple is the most currency-like digital asset there is. Its primary use case is to help banks make cross-border transactions – it’s used to convert one currency to another and send money across borders.

So if Ripple can be considered a security, then every other digital asset could be regarded as one as well (Think Bitcoin). This kind of uncertainty is very bad for the industry. So we’ll keep a close eye on Ripple’s case with the SEC this year. The first court hearing is scheduled for next month.