The stock market endured a difficult four-day week. The S&P 500 lost 1.7% throughout each session and closed lower as buyers seemed exhausted - however, that provided us to buy the market as shown on this chart. The Dow Jones Industrial Average with -22.2% and Russell 2000 with -2.8% fell more than 2.0%, while the Nasdaq Composite fell 1.6%.

For the week market ended in negative territory. All 11 S&P 500 sectors, except for the real estate (-3.9%) and health care (-2.7%), as well as industrials (-2.5%) which suffered losses above 2.0%. The information technology sector, which is the largest by weight, declined 1.8%. However, the consumer discretionary sector (-0.3%) performed relatively well.

The market was not dragged lower by any one event. Instead, it was a combination of negative-sounding news stories that pushed risk sentiment amid speculation about a more significant pullback.

The Ten-year yield rose two basis points to finish with 1.34% due to hot PPI data from August and improved weekly initial-continuing claims report.

Stock market(s) in the Asia-Pacific region were mostly higher on Friday due to overseas trading. Japan's Nikkei225 Index rose by 1.3%, while Hong Kong's Hang Seng Index increased by 1.9%.

Yoshihide Sug, the Japanese Prime Minister, announced Friday that he would be stepping down after only one year as leader of his country. The Topix Index in Japan rose 1.6%, reaching a record of 30 years after the announcement.

China's Services Purchasing Managers Index(PMI) fell to 46.7 in August, the lowest level since April 2020's pandemic. China's manufacturing PMI fell to 50.1 in August. A contraction is indicated by a number below 50.

European stocks saw seven consecutive months of gains, with the Euro Stoxx 600 recording an increase of 1.98% in August and an impressive 18.2% year-to-date. However, it ended the week negatively.

The Eurozone Securities and Markets Authority (ESMA) warned Wednesday that a possible market correction could occur due to the current financial markets being at or ahead of pre-pandemic levels and trading being encouraged via social media and message boards.

This week was a busy one for the gold market. As its balance sheet reaches $6.3 trillion, the Federal Reserve continues to purchase everything. Everyone is left wondering what amount they will have when the Federal Reserve has purchased 15% of the United States Treasury. There were some significant headlines in the gold space as central banks continued to print abundant money.

2) Turkish Treasury issues a Gold Bond: Turkey will issue gold-backed bonds and Sukuk for corporate investors, particularly retirement and investment funds. Settlement is set for Sept. 20th, the Treasury announced Tuesday. The Treasury Treasury stated that bonds would have a six-month interest rate or rent rate at 1% and a two-year maturity. 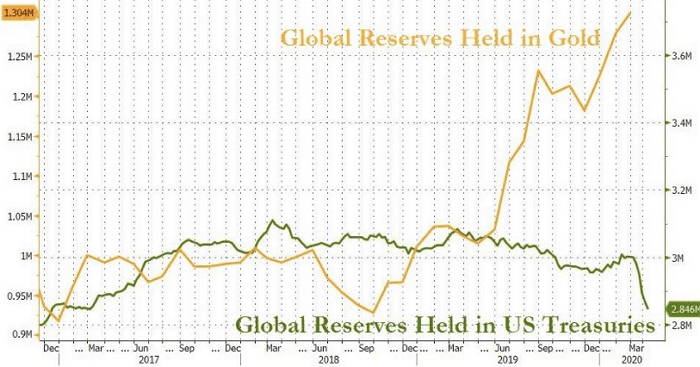 It is interesting to observe that while gold demand continues its strong support from central banks all over the globe, the opposite cannot be said for U.S. Treasuries. In March, U.S. Treasuries were sold by central banks and foreign governments in a massive fire sale. In the three weeks leading to March 25, foreign holders of U.S. Treasuries sold more than $100 billion, the most significant monthly drop ever recorded.

Bitcoin reached a record high of $52,945 on Tuesday as it was about to become the legal tender for the small Central American country. The lead cryptocurrency fell by 18% on Tuesday to reach a low of $42,830. The current price is $45,560, which is a 1.7% increase from the previous day.

The whole crypto market appears to be in a rut. All 15 coins that rank highest in market capitalization have fallen from their previous highs. We have been following them closely for the past twenty-four hours and have seen negative returns.

If the crypto world wants to be a leader among investors, especially the retail investor community, extreme volatility or whipsawing prices are not something it can afford. JPMorgan stated that the cryptocurrency markets were "looking frosty" with record-breaking retail demand.

A smooth transition to legal tender would have been a significant milestone for market leader cryptocurrency Bitcoin (BTC). It would have made cryptocurrencies once again the cynosure.

The drive could be rough till the world of digital currencies demonstrates resilience from Mean Sup $46,530, which in the progression as we speak to our Mean Res $52,600 to establish the acceptance in the mainstream financial world. Is this the time to buy the dip? You decide. Have a nice weekend!