The market success story: GameStop (GME) started the trading week at $65 per share and topped at $483 later on in the weekly session, as it becomes the spokesmodel for the short-squeeze rebellion/mania against wall street sharks - short sellers. Trading got so erratic that many brokerage firms curbed trading activity on very heavily-shorted stocks similar to GameStop, which sent these equities much lower and brought the rage of numerous participants. 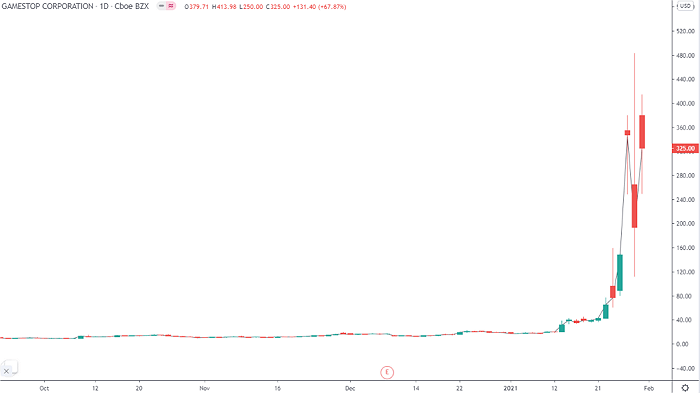 However, many brokerage firms ultimately eased some constraints, allowing traders to return their speculation activity, pushing these stocks much higher at the end of the trading week. GameStop shares finished the rough week higher, near 400%. This volatility frightened the market for many reasons, including challenges of fund managers dumping long trades to cover their shorts and the potential for further increased regulation.

The drama preoccupied the market and removed the action from the bunch of better-than-expected companies' earnings reports, including prominent firms like Microsoft, Apple, Tesla, and Facebook. Microsoft shares did advance 2.7% for the week.

All eleven S&P 500 sectors ended lower. The vital energy sector was the most exposed link with a 6.6% drop. On the opposite side was the real estate sector, with a moderate 0.2% slump.

For better or worse, the S&P 500 index set an all-time intraday high in very early trading session and concluded the option expiration week marginally above our Mean Sup $3,688. The Ten-year yield was unchanged, finishing at 1.09%, notwithstanding the market volatility.

Eurozone stock markets all came under scrutiny from lower confidence numbers across the entire continent and raised coronavirus restrictions. Surprisingly, the Italian market was one of the top performers, notwithstanding Prime Minister Giuseppe Conte's departure in a maneuver to establish a new coalition government.