The S&P 500 market with +2.7% and DJI Average with +2.0% kicked off the trading week with a rally based on a data collection to new heights, supported by a mechanical effort higher for the rest of the week's session. The Nasdaq Composite outperformed with a +3.1% gain, while the small-cap Russell 2000 underperformed with a 0.5% drop.

Ten of the eleven S&P 500 sectors concluded the week's session in the green. None was more potent than the vital information technology sector posting a +4.7% and consumer discretionary sector with a +4.2%. Both climbed more than 4.0% amid powerful force in their mega-capitalization components. The energy sector posted -4.1% and was the only damper with a painful 4% slump, as traders and investors took profits.

On the first day of the week, the market took off as high as a kite on solid employment numbers for March, which was published the prior Friday when the markets were closed, and a record-setting Institute of Supply Management (ISM) Non-Manufacturing Index for March. The data showed that the U.S. economic recovery is improving.

At the final week's session, the PPI (Producer Price Index) grew hotter-than-expected by 1.0% m/m from the previous month, bringing its yr/yr gain to a respectable 4.2%. The market remained steadfast by the Fed's reasoning that a rise in inflation would be temporary.

The Fed's talk is that the central bank's nonaggressive monetary policy was confirmed in the Federal Open Market Committee (FOMC) Minutes from the March conference and by Fed Chair Jerome Powell at an event entertained by the IMF (International Monetary Fund) this week.

U.S. Treasury bond market prices took off on Tuesday, with the Ten-year yield dropping under 1.7%. (Keep in mind, when yields are falling, bond prices move higher.) The Ten-year yield declined four basis points to close at 1.67% for the week.

Last year in August, the yield on the Ten-year was just 0.51%. However, since then, it has been rising drastically. Presently, even after the current dip, it is still more than threefold. And with Q1 concluded, it was the worst quarter for U.S. Treasuries in almost four decades. Not since the notorious 1980s have Treasury yields surged by so much, so quickly.

In that move – before investors and traders took previous served Federal Reserve chairman Paul Volcker seriously – confirmed to be the last puff of the latest bear market in bonds that had started thirty years earlier. However, this latest movement in bonds over the first quarter looks like the forthcoming one's initial gasp.

And as for looks, investors and traders will soon discover that their faith in presently serving Treasury Secretary Janet Yellen and Federal Reserve chair Jerome Powell is a mistake. 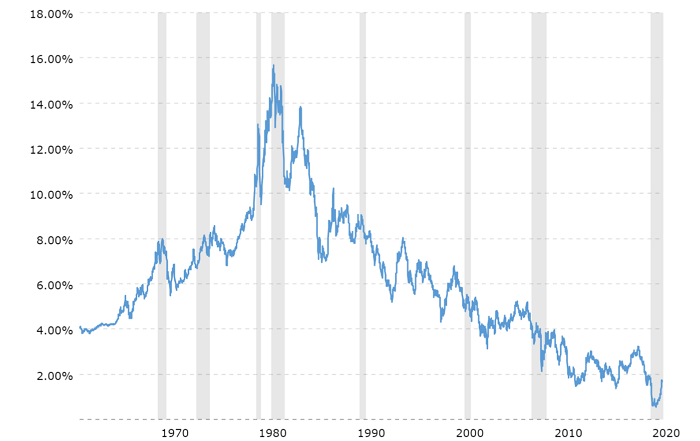 The Gold and Silver market rallied this week, with Gold increasing by $11 from last Friday’s session to close at $1744, and Silver metal was up 26 cents closing at $25.27. These moderate gains condensed the previous week’s gains, totaling $60 for Gold since the end of March and $1.12 for Silver for the same period. Comex exchange volumes were modest due to the Easter holiday last weekend though it did pick up somewhat on Friday.

Most stock markets in Eurozone and Asia gained ground. Stocks in the United Kingdom, one of the countries at the lead of jabbing its population, were unusually robust after the International Monetary Fund called the country would drive European economic growth this year, and PM Minister Boris Johnson has laid out details of a proposal to ease coronavirus restrictions in the upcoming weeks.

Are you enjoying the sound of silence? That's the calm before the storm. Bitcoin seems to be struggling to reach the Outer Coin Rally, marked at $62,470. Meanwhile, there’s more than enough good news that could boost the Bitcoin price this weekend. For example, the IPO of Coinbase on Nasdaq. Will Bitcoin take off next week even higher - $67,000? Keep an eye out for the price to find out!