Devaluation and inflation of the U.S. dollar observations! 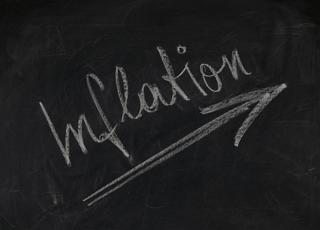 Inflation is like devoted sailors in the high seas; our eyes are set on the prize, getting to the mainland - consumer price inflation. It’s an inevitable phenomenon. Prices have been going up for decades now. In recent years, the Obama, Trump, and Biden administration's uncontrolled currency printing pushes prices even higher.

You finally get to the mainland or rather InflationLand by encouraging consumption and discouraging production. When the currency supply increases faster than the rate products and services are produced, prices go up!

With that said, traders and investors should prep themselves for the most severe inflation scare in the U.S. since the beginning 80's when former Fed Chairperson Paul Volcker smashed the double-digit inflation rate in the late '70s by imposing high interest rates on the U.S. economy.

However, the people at the fed are not likely to impose high-interest rates this time around. The economy will not be in a position to be rescued. InflationLand is definitely where we are headed now.

Inflation and what’s ahead this time?

Regarding an inflation fuss, Treasury Secretary Janet Yellen made a crucial statement a few days ago. Her communication was clear. The current administration is going to devalue the U.S. dollar. They are informing us of their intentions, and all we can do is listen.

For the past two years, we have put forward a comprehensive hypothesis on the economy's state. The government is broke, and the only option it has is to “soft default” on accrued loans and debt obligations.

We suggested a soft default because we believe that the U.S government cannot default on its loans on a nominal basis. Instead, it can pay back the money it owes using “less valuable” dollars created during inflation.

Paying back loans with watered-down money is still a form of default. It just a softer and more subtle way as opposed to refuse to pay altogether.

If our hypothesis is accurate, this plan will see them avoid hyperinflation and manage the yield curve on U.S treasuries. There will need to be a massive expansion of the Federal Reserve's balance sheet and debasement of the entire money supply.

On April 12, Janet Yellen gave her first speech as Treasury Secretary in front of the Chicago Council of Global Affairs.

“As I prepare,” she concluded her speech, “to meet with my colleagues from around the world this week at the IMF and World Bank Spring Meetings, I find myself thinking back to the policymakers who gathered in Bretton Woods a year before I was born to define our post-war order.

“Though it was a different time, I empathize with the enormous weight they faced; the pressure to come together after a global catastrophe in building an enduring and interconnected system aimed at promoting peace and prosperity throughout the world.

“Our current juncture is no less significant – what we do in the coming months and years will have profound impacts on the trajectory of our country and the global economic order.”

In her speech, she hinted at some current administration plans like changing the dollar-based monetary system.

Janet is touting her upcoming events to be similar to the Bretton Woods Conference in the 1940s. At the Bretton Woods conference, world leaders met and decided to put in place the monetary system we have today, pegged on the U.S. dollar as the global reserve currency.

Can you see massive inflation coming?