With the trade war, very few political pundits, mainstream banks, geopolitical analysts, and planners genuinely understand what is going on with the trade war between the United States and China.

Unfortunately, we do not have the available time to present the important although rather lengthy history education; hence, suffice to state this: “Remember the Opium Wars.” What is the critical point? There are actually two.

First of all, President Trump won't back down period.  He is on an enduring lifelong mission, as this link to this video makes very clear. Secondly, China won't back down either. “Remember the Opium Wars.” 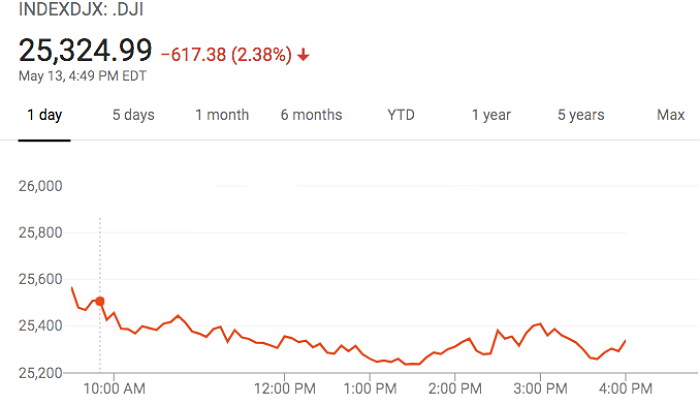 On the trade deal, the Chinese regime is going for all the marbles - literally! What is the other important detail in this historic economic war between East and West? China demands as well as wants respect.

China also expects a reasonable compromise for both sides.  They would much fancy a win-win outcome than anything else. Even if it implies completely altering the way they have performed business dealings with the United States for the past forty years, Beijing is prepared to cut a fair trade deal.

America is very much different - Yes, the Chinese have been riding a gravy train for several decades. However, they believe that they should not surrender and accept every single American demand.

The more significant point is that President Trump already has a preconceived result, and the predicament is that he has cemented his position with no room for any fruitful compromise.

Yes indeed, even though fools on the hill (Republicans and Democrats) gave away the store to Chinese over many U.S. administrations, President Trump has to be extremely cautious of over-reacting.

The harsh reality is that Trump is stuck.  And it might be that he won't be unstuck for a long time. Therefore, the global community of nations is held captive to watch a slow-motion global train wreck in motion - That would collapse the global economy.

Unless the United States and China come to the negotiating table soon and confer in good faith, there won't be any peaceful conclusion to this disaster-in-the-making.  Neither this all out trade war will end anytime soon. As a famous film line from "Cool Hand Luke" concludes - “What we have got here is a failure to communicate.”