The Tokyo Stock Exchange Within The Global Economy 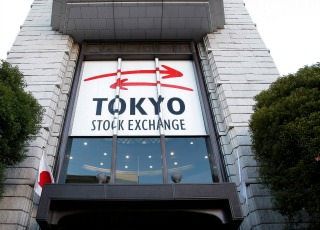 Many of the companies listed on the TSE are just as well-known to the public as those from the NYSE. These companies include Ricoh, Nikon, Japan Airlines, Panasonic, Sony, Canon, Mitsubishi and Toyota.

Although the Tokyo Stock Exchange isn't one of the oldest stock exchanges in the world, by Asian standards it is fairly old, since it first opened in 1878.

Following World War II, trading on the TSE was suspended. However, it resumed again during the 1950s. This is when the united TSE was true success for the first time. Japan from the 1960s to the 1980s was the embodiment of the "Asian economic miracle." The impossible was accomplished by the Tokyo Stock Exchange when it became first in the world in terms of market capitalization by overtaking both the LSE and NYSE. Just like currently 60% of the total market cap in the world is traded on the NYSE, during the 1980s that same percentage of the total market cap in the world was traded on the Tokyo Stock Exchange.

The Japanese stock market, however, turned into a bubble. Japanese companies were overestimated by the world, and the investors started losing interest in them after 1990. The Japanese asset price bubble began to deflate. Unlike a lot of other bubbles from the world economy's history that just burst, and make some companies richer while others went out of business, this bubble had a severe impact on the entire economy of the country. It turned out to be a slow and painful deflation. The Japanese refer to the 1990s as the "lost decade."

During the 1990s, the Tokyo Stock Exchange lost is lead once again to the NYSE. It was overtaken by the LSE and NASDAQ as well in 2010. The TSE currently holds fourth place in the world by market cap. However, outside of the Western world it holds first place still. The Japanese economy informally continues to be highly regarded. Even individuals who are not knowledgeable about economics are able to name at least five major Japanese companies (normally electronic and car companies. The same cannot be said for French or British companies.

This is one of the world's the most well-known stock market indexes. Most modern indexes are proportional to a certain group of companies' total market cap (like the S&P index being proportional to the U.S. 500 largest companies total market cap). However, the Nikkei 225 index is instead proportional to the the total price for the Tokyo Stock Exchange's 225 most popular shares. The FTSE 100, NASDAQ Composite, S&P 5000 and most other well-known indices are weighted based on capitalization. By contrast, the Nikkei 225 (along with the outdated Dow Jones index) are weighted by price instead.

Price weighting results in the index being more significantly impacted by companies that have more expensive shares instead of those that are just larger (and due to that, you can't see what the actual size of these companies are from the index). Such indices, however, still provide information that is meaningful regarding the activity of the companies in the country.

The dot-com bubble plays a significant role in the index graphs of the NASDAQ, and the Japanese asset price bubble also plays a major role in the Nikkei 225's graph. Prior to 1990, the Japanese stock market and economy was experiencing a big boom. However, that was followed by a recession. This negative trend is evident on the graph until 2012 (at a time when the index was at the same level that it was in 1985), and it is just now that there are starting to be hints of the effects of the bubble starting to be overcome.

What Investors Need To Remember

Asian stock markets are less popular with online brokers compared to American and European ones. However, many provide access to the TSE, since it is the leading stock exchange in Asia. The broker obviously needs to provide direct market access (DMA) instead of just making contract for difference (CFD).

All companies that are listed on the Tokyo Stock Exchange may be viewed on the Stock Screener service located at finance.google.com (in the first box choose "Japan" and in the second choose "Tokyo Stock Exchange"). Let's take a look at which are the leading companies for the year according to various criteria.