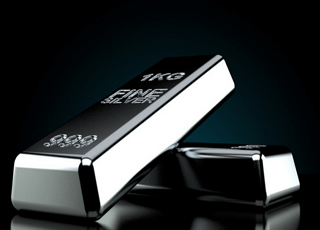 If you ever paid attention to silver and gold prices, you know white metal usually follows (and then exaggerates) gold’s patterns. When gold goes up 10%, the white metal usually does the same and then some – but that trend has been far from real lately.

Over the last six months, gold has had a rough year pricing-wise; simultaneously, the white metal has more-or-less maintained its value so far.

Last year, both gold and silver prices suffered from March lows – but then rose back and peaked in August, turning a profit for anyone smart enough to see that coming; in less than four months, these two metals saw a 143% value increase. Hardly any stock or bond can match that.

Here’s the thing: even though both gold and silver more than doubled their worth, one of them soon plunged after that. Gold went down for the count, while white metal took a little fall and then came back up.

After the August high, Gold lost 16% of its value, while white metal lost only 8%. Remember, after the eighth month of the year, both precious metals took a hit. Then, throughout September, only one of them started to come back up – and that was silver - The usual pattern has seemingly reversed. 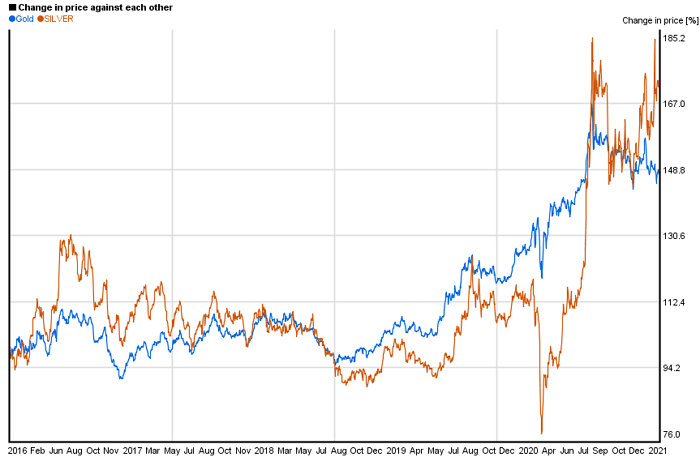 Why is silver doing better than gold?

Gold and silver share a lot of features. For example, they are both monetary metals; they also respond to excess global liquidity the same way.

Even though they are often similar, the white metal has many things going on that gold doesn’t. These elements are what sets white metal and gold apart – and, more importantly, drives its price: Silver does:

Not only white metal has many great features alone, but there’s also talk about a shortage. If this happens to be accurate, white metal prices will skyrocket once the rumors are confirmed.

One of the largest silver ETFs has already stated they may restrict the issuance of shares because they cannot acquire enough metal to supply the demand.

Then again, don’t get overly excited just yet. News of shortages appears every once in a while, and they are rarely accurate. There could be a short- to medium-term shortage – and that’s an excellent opportunity to make money.

Is a short squeeze possible?

While a long-term physical shortage of white metal might be far from real, there’s a chance of it happening in ways that could never happen to gold.

Most central banks stockpile gold, not silver. Because of that, there are no large stockpiles of white metal anywhere in the world; at least, not readily available. You could try to salvage white metal from electrical switches or your grandmother’s silverware – but it’s such a tiny amount that it’s negligible.

On the other hand, Silver ETFs may have joined the game later than gold ones, but they are more important than any other. There’s a straightforward reason for that.

Let’s say you want to buy one million dollars’ worth of gold. There are plenty of ways to do it; you can even have it shipped to your front door.

On the other hand, if you want that same amount in white metal, it will be a lot of trouble to get it, at least physically. That’s why a silver ETF is so essential nowadays. It’s a more straightforward way to invest in white metal, no matter the amount. So, you have to pay attention to what they say when it comes to supply and demand.

Simply put, there are little to no white metal reserves around the world, and production won't change any time soon. Is a short squeeze possible? Absolutely. But even if it’s possible, you shouldn’t plan for it any time soon.

No such thing as depression in a silver mine

If you paid attention to silver last year, you know its stock tends to hold a lot better than its gold counterpart. Then again, most white metal companies generate a significant portion of their revenue from other precious metals. Not all of them are made equal – some of them rely on white metal alone.

The good thing about silver stocks is that they are no different from any other. If you know your way around gold stocks, you don’t have to do too much research to find great deals.

Sure, you can go to the bottom of the food chain, but you don’t have to! Large silver companies are probably worth your time – and your money. The bottom line is, you don’t have to re-invent the wheel to make money with white metal.

And, by the way, don’t take this information as a gold-bashing hammer. I remain enthusiastic about gold prices in general. Not only that, but I also see plenty of gold miners as undervalued.

Let’s put it this way: gold has a tremendous risk-reward profile. Silver, on the other hand, has more potential for profit. Stock-wise, white metal is not as depressed as gold, but it's highly leveraged. There’s no such thing as a risk-free investment, so you’ll have to research before putting money down.

There’s more than one way to find quality undervalued companies without risky maneuvers like investing in untested companies. Then again, there are plenty of quality junior miners and exploration companies who are waiting to be found. What you do next is up to you.

This site is an independent, no-conflict guide providing readers with the most advanced developments of the market trends in action and analysis, taking you through the complex worlds of a challenging global marketplace...