The Shanghai Stock Exchange Within The Global Economy 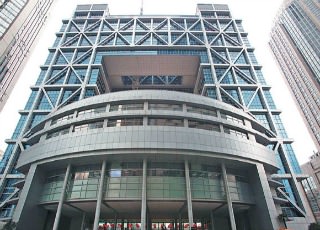 Its place is more modest regarding how may companies are listed (approximately 1,000) and in this respect trails the Hong Kong Stock Exchange (about 2,000). Combined the Shenzhen, Hong Kong and Shanghai Stock Exchange are what make China the second leading financial power in the world, trailing only the United States. Their $9T total market caps is much greater than any European country's total market cap and compares to the total market cap of the European Union (following the withdrawal of the UK).

Typically the companies that are listed on the SSE are from mainland China. Many of the largest of these companies also trade on the Hong Kong Stock Exchange. They include PetroChina, the Industrial and Commercial Bank of China and the Bank of China. Some companies are listed as well on the New York Stock Exchange, like Huaneng Power, a Singapore-Chinese power generation company. There are also many companies listed on the SEE that is very well-known even to individuals who are not financing specialists, like China Railway Construction, the firm that built the China Railway High-speed, Air China, and Great Wall Motor.

The Shanghai Stock Exchange Composite Index And Its History

The Shanghai Stock Exchange, unlike the Hong Kong Stock Exchange, is a young exchange as it is currently known. It was established in 1990 - just 12 years after China's market reforms were initiated. However, the history of the stock market in Shanghai dates all the way back to the 19th century.

Shanghai, unlike Hong Kong, hasn't ever been a real colony. However, a strong Western influence has still been felt there. The development of the stock market in Shanghai, in many ways, mirrored Hong Kong's. Securities started to be traded in Shanghai in 1866. In 1981, the Association of Stockbrokers was created in Shanghai, during the same year that Hong Kong created theirs. In 1895, China's imperial government allowed foreign investors to officially trade in Shanghai, which made the economic status of Shanghai even closer to Hong Kong. The Association of Stockbrokers in 1904 was renamed and called Shanghai Stock Exchange instead.

Despite the numerous crises that China has endured throughout the 20th century, right up until 1941 the SSE continue to function when Shanghai became occupied by Japan. Following the war, from 1946 through 1949 the exchange was reopened for just a short time, but then Mao Zedong's government closed it again.

The economic reforms instituted by Deng Xiaoping made the stock market legal again, and in 1981 trade resumed once more in 19181 - even it was initially chaotic, just like it had been during the 19th century. The SSE didn't officially reopen until 1990. Although it had the same name, it was a new exchange, that was created during a different period.

Beginning with 1991, the Shanghai Stock Exchange Composite Index is calculated by the SSE. Unlike the Hang Seng Index on the Hong Kong Exchange, it includes all of the exchange's share, and not the largest companies only.

Due to the shorter history of the index, its growth doesn't appear to be as impressed as what the Hang Seng has been able to achieve. Its growth has been quite unstable as well. The first and largest Shanghai bubble developed in 2006-07 and then burst in 2008. Similar events occurred in other countries during those years. However, they were surpassed many times over by the Chinese.

However, the index did still end up growing since before the bubble. Once the bubble burst in 2009, its value was double what it had been in 2005. In 2015 the second Shanghai bubble took place. In the media, there was a ton of panic over it. However it didn't reach the first bubble's record, and the index continued to grow afterward.

The Shanghai Stock Exchange overall is considered to be lesser of a free market exchanged compared to the Hong Kong Stock Exchange. There is stronger government influence over it, and it is more common here for schemes to disrupt the fair competition. However, hopefully, those are just signs that are typical of a young market.

Asian markets aren't as attractive as the American or European ones with online brokers. The Shanghai Stock Exchange is especially unpopular, given its place in the global ratings. However, access is still granted to it by some brokers. The broker must, of course, provide Direct Market Access and not just offer Contracts For Difference. The business hours of the SSE are 9:30 to 15:00 China Standard Time.