Why savings bonds are not the most exciting financial choice

Savings bonds have long been considered a safe investment that could help people earn interest on their money while knowing that their base investment was safe. These have long been seen as a way to teach savings to younger children the value of saving or give those approaching retirement age a way of shifting savings from high risk to low risk while still seeing a quality return on your money. 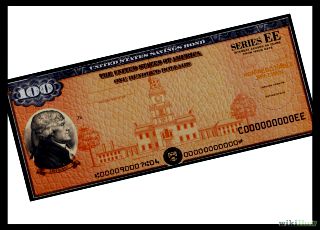 However, these bonds have changed immensely for a variety of reasons. They are not considered anything like the investment they were a couple of decades ago, and that has changed how these treasury bonds are perceived.

Savings bonds and why they are so different?

Savings bonds interest rates have altered dramatically since the 1980s it was possible to get savings bonds that paid 6% to 9% compound interest annually. A person would pay half of the face value of a bond, and it would mature fully in 7-9 years based on the interest rate. So it cost $25 for a $50 bond or $50 for a $100 bond. When you can be guaranteed to double your money in a decade, and the bonds could keep earning solid interest after that, in those situations treasury bonds made sense as excellent investments - especially since that return on investment (ROI) was guaranteed.

Trust In The Government Isn't Solid

Another reason bonds aren't as attractive is that there just isn't the same trust that the government will remain viable in the long term. The economic woes, the political dysfunction, and the rapid growth of extreme deficits are all marks that don't exactly inspire the highest level of reasonable consumer confidence.

More Growth Opportunity In Other Places

There's also the fact that the stock markets as we know them today offer many more growth opportunities than ever before. The Dow from the 1960s to early 1980s moved 3,000 points between lowest and highest numbers in three decades. From less than 3,000 in 1980, the Dow is now over 18,000 points in the mid-2010s.

In other words, the ability to double, triple, or get many times return on investment in other markets is much higher. When you add in anemic interest rates on bonds, it makes sense a shift would occur.

While bond interest rates are so low as to be ludicrous, peer to peer lending platforms has set up an easy method for anyone to provide loans to those people who need money and get paid for the interest as a result. While not as robust as savings bonds as far as safety, this is where 6-8% yearly returns on investment are common once again, giving an alternative many people are willing to take a chance of this type of lending.

Bonds-imagine a family member asks you to loan them money. Perhaps they want to buy a new home and need a down payment or want to save their car from being repossessed...

A quick overview of broker and their services

As a trader choosing the right type of broker is important, since making a mistake on this decision can cost you money...
Your Wealth Matters - Watch Now