Nuclear fusion breakthrough: The biggest yet 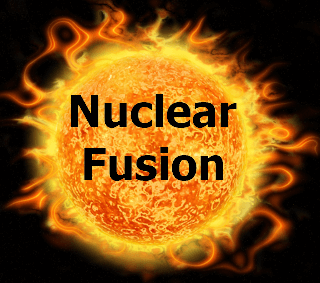 Nuclear fusion has experienced a remarkable development this year, and it is not one that I was expecting.

Fusion, which is the power of the Sun. This involves taking two nuclei apart and combining them to create a new nucleus. This creates a lot of energy.

It is also 100% clean. Nuclear fusion produces no radioactive waste, unlike atomic fission.

Conventionally, each fusion reactor design employs a "magnetic confinement" approach. It involves the use of powerful magnets to contain and control the fusion plasma. Magnets are required to keep the plasma from generating too much energy. If not, it would melt metal around it and then destroy the reactor.

This is the most conventional way to produce energy from fusion currently. However, there is another way to work about it.

And that brings us to the latest breakthrough in nuclear fusion.

Researchers at the NIF (National Ignition Facility) have been studying "inertial confinement" (fusion) for some time. This involves focusing 192 laser beams of high power on a small capsule that is the size of a BB gun pellet and contains two hydrogen forms.

Laser beams focused on the capsule compress it to 100 times the density lead. They also heat the container to 100 million degrees Celsius. This is hotter than the Sun's center. The two hydrogen forms fuse, releasing enormous amounts of energy.

Scientists at the National Ignition Facility performed a fusion experiment just a few weeks back. This experiment created 70% of the energy required by lasers to initiate the reaction. This is huge.

Nuclear fusion must produce more energy that is needed to sustain the reaction to be economically viable. Also, the threshold must be 100%.

Nuclear fusion energy may seem far off, but 70% is quite possible soon. What's more important is the speed at which progress has been made. The latest experiment generated eight times more energy than the one done in spring. It also produced 25 times as much energy as the 2018 experiments.

This is an exponential leap and a sign that we are close to breaking the 100% threshold. I cannot wait to see what the results of these experiments are in six months.

It is not a decade away from nuclear fusion. It might not be even five years away. It was predicted back in 2019 that the first fusion reaction would produce more energy than it uses by 2024.

Most thought that was a ridiculous prediction, and now we may see it happen before then.

Once we reach the 100% threshold, it will be free and 100% clean energy. This will make nuclear fusion the most cost-effective form of energy production and the best way to remove carbon-based fuels and radically reduce and even eliminate CO2 emissions. I genuinely believe it’s the future of clean energy production.

In June, General Fusion, a Vancouver-based company, announced a significant agreement with the U.K. Atomic Energy Authority (UKAEA). General Fusion will operate and build a nuclear fusion reactor at the UKAEA Culham Campus.

This deal, perhaps the most exciting aspect of it all, is moving at a faster pace. General Fusion will begin building its reactor in the next year. The company anticipates that the reactor will be operational in three years. It should be functional by 2025.

This is one of the most exciting developments to date, and General Fusion is a promising company in this field - Invest wisely.