Evidence that NFT art is on the rise 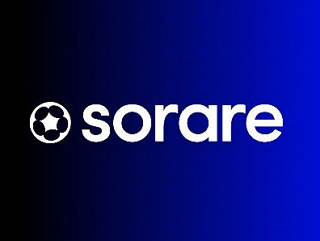 Sorare, a digital NFT art collectibles platform based in Paris, just raised an impressive $532 million in early-stage funding. While this amount would be unbelievable for any early-stage company, in this case, it was for a company that focuses on emerging technology such as non-fungible tokens (NFTs). It is this fact that made this amount even more impressive.

NFT art is a digital collectible painting that makes it possible to secure and authenticate unique data or assets on a blockchain using cryptography. Sorare focuses on the creation of NFTs art around European soccer players. The company has struck some key deals with the leading club teams in Europe.

Back in February, the company raised more than $48 million in its Series A round. That was an impressive amount for a Series A raise, which led to the company being valued at around $252 million. The raise undoubtedly gave Sorare plenty of cash runway, and it didn’t actually need to raise money again so soon.

Furthermore, now that Sorare is loaded with so much capital, there will no longer be any constraints whatsoever when it comes to the platform's growth. It will be interesting to see where the company goes from here.

Recognizing the NFT art as a future to recon with is further proof that NFTs are slowly being accepted as the next generation of the collectible industry. We are currently witnessing the formation of the digital collectibles market, which is happening at a much faster rate than anybody would have anticipated.

For example, check this out, a new premium NFT art marketplace, BOAX, funded by BOA Financial Group, is launching. It facilitates the trading of rare digital assets on the Internet. It allows the most influential speakers in this circle and beyond to unite and make a positive social impact through art sharing in the digital form.

Olympic Happiness is the original NFT art to be released, which was initially done by Dr. Dominic Man-Kit Lam, a well-known Hong Kong-based international artist. It will be one of the leading Olympic-themed Non-Fangeble Tokens (NFT) artworks in the world.

We at TradeSelector.com are working hard behind the scenes trying to develop ways for ordinary investors to gain exposure to this trend - Stay tuned.