Moscow Exchange (ME) was formed in 2011, and it's a merger of two leading exchange groups in Russia. This merger brought together the MICEX Group, which is the oldest national exchange, as well as the, operate off the leading foreign currency, securities, and money marketing platform in Russia, with the RTS Group, which was the operator of the leading derivatives market in Russia. 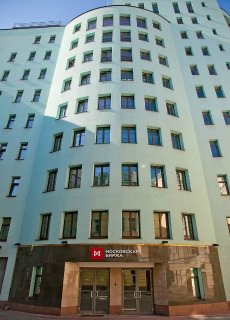 This is a combination the created what was known as a vertically integrated market for public trading over the most significant asset groups. After the merger, the company then became an OJSC, or open joint stock company. It was named the Moscow Exchange and complete an initial public share offering on February 15, 2013.

This newly formed entity has been brought together to give unique access to investment and asset opportunities within the CIS and Russian region.

The Moscow Exchange was formed on December 19, 2011, by bringing together the two biggest exchanges in the city, which were the MICEX Moscow Interbank Currency Exchange, and the RTS Russian Trading System, hence the name Moscow Exchange MICEX-RTS. Both of these organizations were formed in the 1990s and had been the leading Russian exchanges for about two decades with the RTS Index and MICEX Index. This merger brought about a single entity and advanced Russia's plan to bring ME into the light as an international finance center. This exchange was then rebranded in July of 2012.

The exchange is the leader today as a price discovery and liquidity center for Russian instruments. The exchange hosts trading for bonds, equities, commodities, money market instruments, derivatives, and currencies. The group also has Russia's National Settlement Depository, which is the central securities depository, and the National Clearing Center, which works on the principal function of the central counterparty.

The exchange ranks in the top 20 exchanges in the world today by total capitalization for all shares traded, and also in the top ten for the largest exchange platforms for derivatives and bonds trading.

The securities for more than 700 issues are admitted to the equity and bonds market trading on the exchange. This exchange is also the leader for driving the modernization of the financial markets infrastructure of Russia and promoting the city as a real international finance center.

The RTS and MICEX indices of the exchange are major benchmarks for the stock exchange in Russia and widely used by portfolio managers for the development of investment strategies. The Exchange is always working to expand the indices range to improve product support while also refining the rules for governing market data for a variety of clients.

Moscow Exchange went completely public in February of 2013 and is trading under the ticker MOEX.