This week, the market began in a slump as crude oil prices were hovering around $130 for a barrel. Oil prices eventually dropped; however, the gap was too deep for the market to rise out of, given the current state in the economic situation.

The initial rise to $130 barrel came in anticipation of the U.S. ban on Russian energy market imports, including oil, gas, and coal. In a similar vein, it was reported that the U.K. and E.U. announced that they would gradually reduce the Russian energy imports by the end of this year; however, the U.K. stated that it was looking into options to banning gas imports. 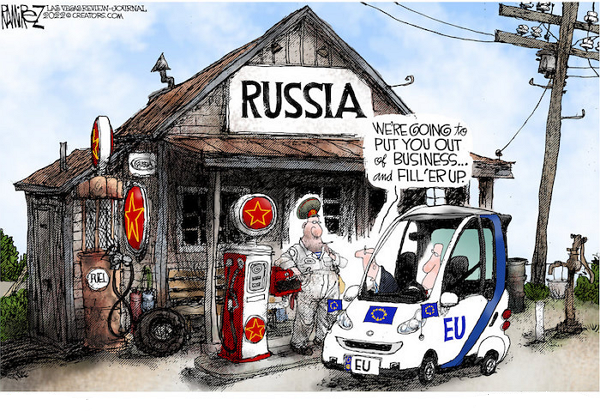 The West Texas Intermediate (WTI) crude futures market finished at $109.10/bbl, which is 5.4% more down than last Friday's session. Even though S&P 500 energy sector gained 1.9%, the other ten sectors within the S&P 500 index were in negative space. The consumer staples sector with -5.8% and the information technology sector with -3.8% were the worst performers.

Despite the decline in crude oil, however, the reality of the situation was that the market was still inflationary, with oil rising by 45% over the year and overall CPI increasing to 7.9% year-over-year in February. This realization sparked fears of a slowdown in consumer spending and the expectation of the Fed to raise rates, even more this year.

During the week's session, volatile commodity nickel was more erratic than crude oil, which surged on the London Metal Exchange (LME) on Tuesday; the nickel more than doubled at one point during the trading session to reach over $100,000 per metric ton before the LME exchange halted trading for the day.

In fascist Canada, we now have bank accounts frozen. In the empire of lies, we have frozen international reserve funds of countries they don't like. The prestigious London Metals Exchange is removing trades that hurt their brokers. Wow, this is a fast-paced corrupted world; laws are being broken in our entire financial system. This is not a good sign.

U.S. Treasury yields have risen despite growth concerns flashed by the market, possibly due to inflation expectations and the efforts to raise cash holdings. And that didn't help sentiment about risk. The yield on the Two-year note increased by 26 basis points to close at 1.75%, while the Ten-year yield climbed 28 basis points to finish the week at 2%.

Separately, Amazon.com stock was an exciting story after announcing a 20-for-1 split and the repurchase of shares worth $10 billion authorization. AMZN shares fell 0.1% for the week. The other mega-caps have performed poorly, as evidenced by the 3.5 percentage decrease within the Vanguard Mega Cap Growth ETF (MGK).

Europe was generally higher, with optimism about possible improvement on the geopolitical front, and market sentiment in Asia was mixed.

As commodity market prices reacted to stories in Ukraine theater, precious metals rallied vigorously before an all-around price consolidation set-in across all markets. However, a mix of short-covering and profit-taking has led to a level of gold and silver volatility not witnessed since the early days of the fake Covid-19 in 2020.

This week bitcoin soared +10%, but that, unfortunately, did not last. While the bigger picture may indicate a bearish future, many positive short-term signals say otherwise. If those small signals remain positive, the big picture will soon follow!

The U.S. crypto law is here: The expected American 'executive order' has now been officially released. This is the first crypto law on a national level. Great news for the crypto market, but what does it say?

Aims of the law

The order, officially released on Wednesday afternoon, consists of seven points that the U.S. will consider in the coming period. This includes ensuring the protection of consumers, investors, and companies, improving safe and affordable financial services, and even creating a new U.S. cryptocurrency!

Well, what about Europe?

In Europe, the parliament is also busy making rules for the crypto market. We will hear more about this on the 14th of March, as the European Parliament will then vote on the bill.