The market had an awe-inspiring week, especially the S&P 500, which achieved a 1.7% gain, extending its winning streak to seven continuous record closes, and bettered the $4,300 level with ease reaching our Outer Index Rally $4,333 by ramming through our completed Inner Index Rally and Key Res $4,255. The tech-heavy loaded Nasdaq Composite beat the benchmark index with a 1.9% impressive gain and its assortment of record-setting accomplishments.

The DJI Average index market improved by 1.0% and concluded at its first record high since May of this year, while the small-cap Russell 2000 declined 1.2% amid recosting factors.

Oddly enough, the Russell 1000 Growth Index advanced 2.4%, while the composed of many cyclical stocks Russell 1000 Value Index rose just 0.4%, notwithstanding a host of vest positive developments in the market news arena.

In the overseas market, stock trading across the Asia-Pacific region cracked out a married performance during the trading session on Friday. The prominent Japanese Nikkei 225 Index increased by only 0.3%, while China's main Shanghai Composite Index plunged by 2%.

Meanwhile, in the bond market, U.S. Treasuries bounced from the pullback observed in the earlier session. Consequently, the Ten-year yield, which flows opposite of its price, skidded 4.9 bps to a four-month low, closing at 1.431%.

In metals declining volumes, this week's session Gold and Silver sailed sideways in the dwindling trading days of June. The Gold closed at $1,787, up $7 from last Friday’s session, and Silver closed at $26.45, finishing up 38 cents.

Amidst the expiry of Gold’s July Comex option contracts, six months mark-to-market accounting, and the initiation of the Basel III net stable funding ratio for American and European banks, there has been enough trading to ponder, offering to investment disinterest.

Those spells are presently baked in the cake. The most considerable uncertainty is the long-term consequences on precious market liquidity, considering that bullion and commercial bank traders eliminate or decrease their positions and the scheduler they take to do so.

June crypto market has come to an end; hopefully, July will be better! If you look at the data on the blockchain (on-chain data), the current price action could be the calm before the storm. 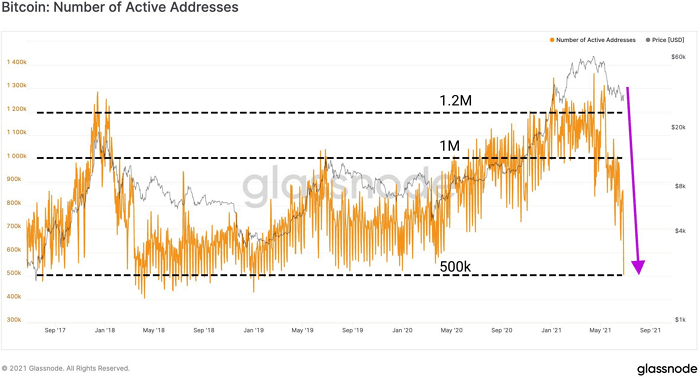 Therefore the inquiring minds want to know: is this a bad thing? It could well be an opportunity. Especially when fewer people are talking about the coin, is this an excellent opportunity to accumulate Bitcoins? Since we on the path (second time around) of bouncing off the completed Outer Coin Dip $29,456 and Key Sup $30,430.

Another interesting statistical coin market fact is that the Bitcoin balance on exchanges is falling once again. And that is a positive development also. The graph below shows two important moments: 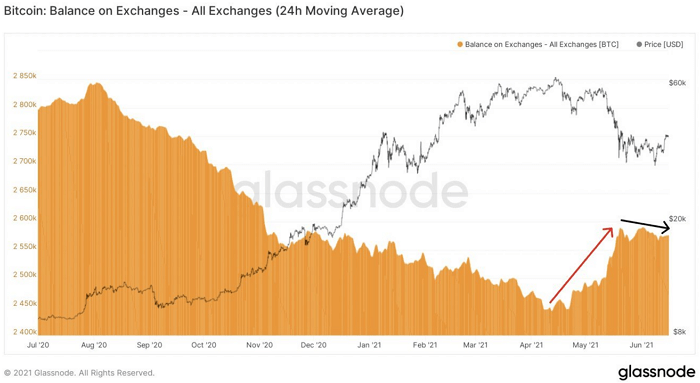 Consider this just before the sell-off in May; the Bitcoin balance was rising. A rising number of investors sent their coins to exchanges to speculate on the price. The assumption is that most of them sold their coins.

However, as the market storm calmed down, investors are removing their Bitcoin from exchanges again. Therefore, the supply on exchanges is falling again, which could be a catalyst for the coin price to move upwards to our second path leg, Mean Res $40,450. Will the Bitcoin bull run continues - Stay tuned.