The stock market trend began the week on a positive mark as I've pointed out in Market Trend Commentary & Analysis August 25, 2019 posting. However, the markets continue to look particularly vulnerable, especially given the completion of S&P 500 index Phase 6 Stage 1 Part 1.

On Tuesday in a shaky trading session, the market finished lower. The broader S&P 500 jumped 0.7% out of the gate after Monday's increase, then faded as much 0.6% (act surprised) as U.S. Treasury yields rate took a notable leg lower. The market consumed most of the afternoon session trading in negative territory, leaving the broader index with a 0.3% loss.

The DJI Average posted a 0.5% loss, and Nasdaq Composite finished with similar to the S&P 500 benchmark index performance of a 0.3% loss. The small-cap Russell 2000 index fell 1.4%, mostly due to weakness in numerous financial and energy stocks.

Yesterday's higher start was formed despite the traditional safe-haven assets such as Gold posting close to $15, or 0.96% gain along with Silver which finally broke above $18 per ounce critical price line, and as it looks it is on its way to Outer Silver Rally $18.70, $10.20 and $20.10.

Once the Silver breaks above those levels, brace yourself for the sweet ride back up to towards $48.70 per ounce price action posted at the end of the 1970s: by reaching $50 mark, and beyond. It may be a rough ride; however, it will be well worth it. The strength in the Silver market is also a particularly reliable indicator for Yellow metal.

The market trend, perhaps due to some cautious (as well as weary) traders and investors, quickly began on a steady to lower retreat while one of the most robust consumer confidence numbers posted since October of 2000 offered a very little response.

If inquired minds ever questioned: If the stock markets are rigged? This is your proof. 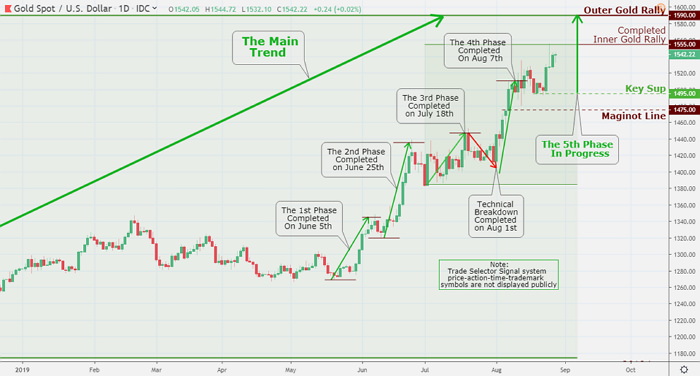 Currently, we are waiting for confirmation of a Trade Selector Signal trademark completion symbol - No conformation will lead to breaking through to the Outer Gold Rally $1,590 which, if and when seen, would most likely lead to a price expansion even higher. 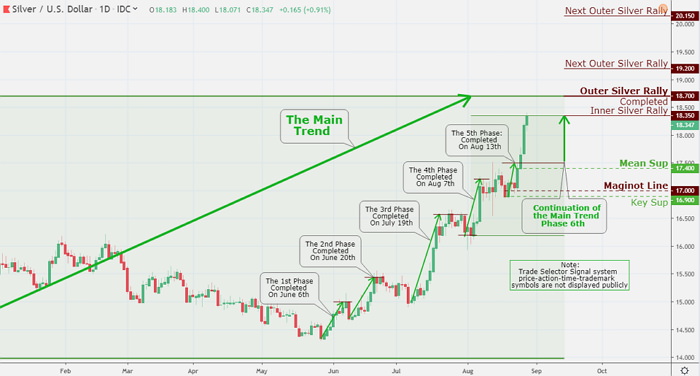 We are now already up and pushing against towards that $19 price level, as we are waiting for confirmation of a Trade Selector Signal trademark completion symbol - No conformation will point to piercing through to the Outer Silver Rally $18.70 which, if and when seen, would very likely manage a market expansion to the next Outer Silver Rally 19.20 - and then we watch.