About The London Stock Exchange

The London Stock Exchange (LSE) is one of the oldest stock exchanges is located in the United Kingdom (UK) and its history goes back centuries. The LSE Group was created in 2007. That's when Borsa Italiana and LSE merged together. 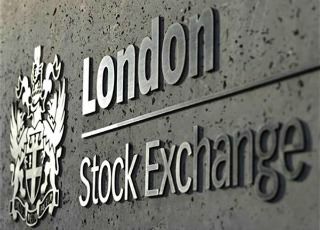 London, England, is where the exchange is located and it's the largest exchange in all of Europe, as well as one of the world's biggest. There are 350 companies on the LSE, and they are from over 50 countries, which means out of all the stock exchanges, it is the most international. The Financial Times Stock Exchange (FTSE) is the most dominate index on the LSE, and this contains 100 companies that are the top performing. The market cap on the LSE is £4.9 trillion, as of 2014.

The LSE was officially founded in 1901, which is when memberships were offered. When economies around the world began to boom, memberships and stocks increased. There are different branches of the stock exchange that opened in various business centers located in Manchester and Liverpool.

The LSE was officially founded in 1901, which is when memberships were offered. When economies around the world began to boom, memberships and stocks increased. There are different branches of the stock exchange that opened in various business centers located in Manchester and Liverpool.

The LSE started growing even more throughout the 20th century, but the two World Wars did dampen the exchange's growth. In 1945, a V2 rocket stock the building of the exchange, so it was moved to the basement level of the building, and eventually the exchange relocated to the Stock Exchange Tower, where it stayed until 2004. The exchange wanted  a way to gauge the market's prosperity, so they released the FTSE 100 Index back in 1984, and this makes up 100 companies who are at the top of the exchange.

Minimum commissions were eventually abolished and this allowed electronic trading to take place. This was known as the Big Bang, and it was thanks to a deregulation of the stock market in the UK. This also lead the stock exchange to move to Paternoster Square, as the exchange wanted to be situated in a place that allowed them to facilitate new needs.

As previously mentioned, the most international stock exchange is the London Stock Exchange, and it is the premier source of benchmark prices, market data and equity-market liquidity in Europe. The exchange is linked by other international exchanges located in Africa and Asia. The goal of the LSE is to remove various barriers of capital markets around the world.