Internet Web 3.0 is all aboard - are you ready? 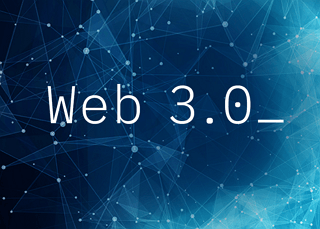 Internet was not a necessity. All computers around the globe needed a way of communicating. Innovators created the protocols that are the basis for all emails, files transfers, phone calls, and text messages that we send and receive in the 1970s and 1980s.

These were the foundations of Web 1.0, which was the start of the World Wide Web. The "internet" of that time, if you can call it that, was decentralized. It was free from any centralized or chokepoint organizations.

Some of the early technological innovations led to some of the most famous internet companies ever created. Marc Andreessen created Netscape in 1994 to commercialize and capitalize the web browser. In just five years, AOL purchased Netscape for $10 Billion, which was a significant sum at that time.

These protocols were the foundation of some of the world's most profitable, successful, and large-scale companies. You can think of Amazon, Netflix, Google, and Facebook as examples. These companies, taken together, helped create the modern internet we now know as "Web 2.0''.

What do these companies share in common? All of them run on top of these basic protocols that underpin the modern internet. These applications were built by technology companies who reclaimed all of the benefits from internet protocols.

These companies' early investors and executives made life-changing amounts of generational wealth. Today, I want to share the next major shift in wealth-building opportunities - Web 3.0.

The rapid internet shift to centralize

After the burst of the internet bubble in the late 1990s, something strange happened. The companies that survived the crash were able to continue building their businesses.

The focus was not on decentralization but the creation of open protocols that anyone could use. It was all about proprietary technology and centralized control.

While trying to control the internet, companies used catchphrases such as "Don't Be Evil.'' The financial rewards were too great. Billionaires were the new multimillionaires. Facebook, Amazon, and Netflix (the original FANG stock) control 55% of all digital advertising markets.

What does this all mean?

There has been a massive migration to large corporations that host cloud-based services in centrally managed architectures. This structure is the antithesis to the foundations for the internet.

The internet was created to be open, accessible, and free from censorship. It allowed everyone to share their opinions and thoughts.

The internet was created to empower economic power and influence. It was intended to allow everyone unlimited access to the internet and information. But, the reverse has occurred.

Amazon, Google, and Facebook have attracted power and influence. Do you want to find someone? Facebook. Do you need to search for information? Google. Are you looking for a product? Amazon is your best choice.

Facebook and Google monitor and collect data every day, regardless of whether we are aware. This is almost impossible to prevent, and companies profit from that information every day without benefitting consumers.

And these "faults" of the second-generation internet are the catalyst for the third generation or Web 3.0 - The next generation of the internet.

My long-time readers will know how skeptical and skeptical I am about 5G wireless technology's rollout. I have stated that the switch from 4G to5G will be a "revolution" that will impact our health.

Web 3.0 represents a radical new technological architecture and a different philosophy for solving complex problems. Fifty years have passed since the creation of the first internet protocols. The industry has also developed a new, profound technology in that time.

This new internet technology offers the primary protocols and open specifications of the original Web 1.0 and the monetary stimuli that rewarded the second formation and generation of the internet.

Blockchain technology is a distributed, decentralized, and permissionless internet technology that can be immutable, secure, and distributed. The moment is unique for investors who are savvy enough to seize the opportunity to be part of the next-generation internet.

There's no other way. Technology being developed today will be used in the next two to three decades. This is our chance.

Many blockchain technology projects are decentralized, often open, and driven almost entirely by the community. Single corporations rarely control them. Even if one entity is in charge, foundations are often responsible for guiding the project's technical direction and spending on research and development.

Web 3.0 and Blockchain technology aims to fulfill the true purpose of the internet. They will perform their promise of an open and decentralized internet. It will take control from Googles, Facebook, and other social media giants.

And we're just getting started. The blockchain revolution is only beginning

As you read this, I can inform you that we are still at the beginning stages of developing the third generation of the internet and blockchain technology. The infrastructure is still being constructed.

The largest cryptocurrency asset, Bitcoin, is currently held by 38.7 Million digital wallets. Most users who have cryptocurrencies keep multiple wallets. This market may have fewer participants than it appears.

We still have a lot to do. There are 7.9 Billion people on this planet and over a billion credit card users. Imagine how much it would have cost to invest in transmission control protocol and internet protocol (IP) in the late 1970s. What about Microsoft's operating systems in the '90s.

These investments produce wealth over time. These investments have had a profound impact on our lives. They have almost guaranteed our families' happiness and security for the next decades. Only a few wise investments in Web 3.0 companies could do the same. Be diligent invest wisely.