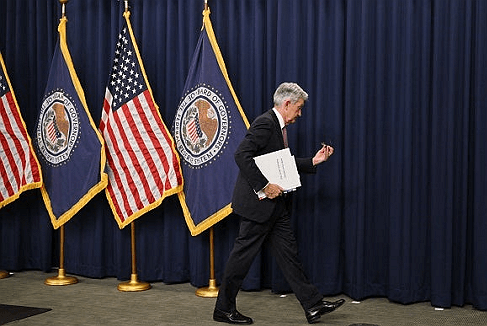 The best war is the one you don’t fight. And the best inflation is the kind you never have. Yesterday’s 8.3% inflation print (which is how they describe it in the financial press) disappointed investors. They had their hearts set on a lower print. Because then, they reasoned, the Fed could go back to doing what it does best: inflating the economy. Bloomberg:

What started as a pandemic-driven supply shock has morphed into widespread inflation      rooted just as much in resilient demand, underscored by unexpectedly high numbers that dashed hopes price gains were ebbing.

We all need editors – at Bloomberg as well as everywhere else. What the writer was trying to say was that inflation may have begun as a pandemic-driven supply shock. But now, consumers keep buying and prices keep going up.

Investors put 2 and 2 together. The Fed will be forced, they realized, to stick with its program of rate hikes. CNBC:

But so far, the pain is limited. Stocks down, but not catastrophically. There are few bankruptcies. Mortgage rates are still below 6%. And as far as we know, only one corporate CFO has committed suicide. Business Insider:

The Bed Bath & Beyond CFO fell from the 18th floor on Friday, the NYPD confirmed to Insider.

The Fed is expected to raise its key rate by 75 basis points (0.75%) at its meeting next week, putting more pressure on debtors. Some people are urging the Fed to go easy, fearing – correctly – that they might drive the economy into a deeper recession. Others take the contrary view, also correct, that inflation is a bigger danger than recession and that the Fed will have to make the latter worse in order to stop the former. Bloomberg:

Jeffrey Gundlach of DoubleLine Capital is worried the Fed will choke off economic growth by raising interest rates too fast. Former Treasury Secretary Larry Summers is among those saying the central bank needs to hike even faster to restore its credibility.

When our phone didn’t ring yesterday, we knew who wasn’t calling; Jerome Powell didn’t want our advice. But had we been asked, we would have given it to him straight:

“Jay, buddy, you and your bunch of hopeless clowns created this mess. You dropped interest rates way too low and left them there for way too long. But you should never have been interfering with the credit markets in the first place…

The press this morning is showing photos of Jerome Powell. The poor man is under pressure. He thinks the current inflation is demand-driven. If he is to stop it, he will have to suppress demand by raising interest rates and sticking with his QT (quantitative tightening, in which the Fed shrinks its bond holdings).

But inflation isn’t cooperating. It’s not dropping as fast as he had hoped. Normally, the Fed lends at positive rates (about 2% above inflation). To do so today would mean a Fed Funds rate over 10%. But the US has a pile of debt $90 trillion high. And every increase in interest rates shakes the ground on which it stands. It is only a matter of time until it falls over.

The best debt crisis is the one you never have to face. Jerome Powell may not be so lucky.