Is the gold price frustrating you? 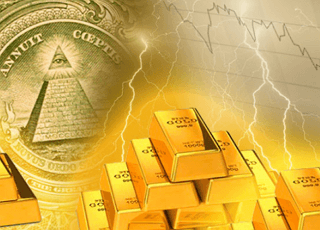 If the gold price is frustrating you, here are 24 reasons why you shouldn’t be.

1. Firstly, the physical gold price is not used to buy for instant gains but as insurance and protection against a rotten financial system and constantly depreciating currencies.

2. If you buy gold for the right reason, you are purchasing ounces or kilos of tangible wealth that should not be measured regularly in money which is being debased daily with unlimited printing of worthless paper money.

3. Your best friend, when it comes to supporting the value of the gold price, is your central banker. Remember that throughout history, he has, without fail, worked diligently to destroy the currency.

4. Right now, we are in the midst of the most extensive global money printing exercise in history. Gold has not even started to reflect the destruction of paper money. 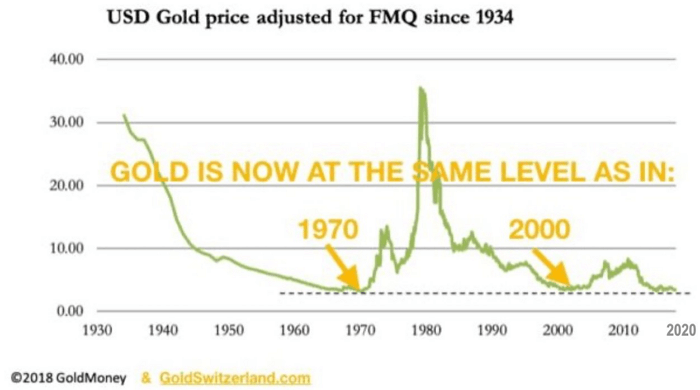 8. Like most commodities, gold moves in waves or cycles. It is no use worrying about if gold at some times is manipulated by the BIS (Bank of International Settlement), central banks, and bullion banks.

9. Yes, of course, there is intervention; these banks admit it themselves. Even Alan Greenspan, Federal Reserve chairman at the time, testifying before the U.S. Congress in 1998, admitted, “central banks stand ready to lease gold in increasing quantities should the gold price rise.”

10. We see regular flash crashes in gold at nighttime when the market is dead, with the gold price dropping $30-50 in a few seconds. This is blatant manipulation as nobody would sell large quantities of gold in a market where the buyers are asleep.

11. As has been reported by many market observers like Alasdair Macleod, there are significant shortages of gold and silver on the London market.

12. To alleviate this, the BIS is issuing gold swaps to the bullion banks so that they with paper gold can make up the significant physical shortfalls. I have regularly reported the massive turnover of paper gold on the London market. The daily LBMA trading is 2X the S&P trading.

13.This frantic juggling of the paper gold price by the BIS is a desperate attempt to cover up significant shortages in the physical market. Why else would gross trading volumes be 2X greater than the U.S. stock market?

14. As Matt Piepenburg and I have covered in many articles, inflation is likely to surge in coming years, and the interest rates also. Like in the 1970s, real inflation will be running ahead of interest rates, creating negative real yields, which is very beneficial for gold. As I mentioned above, it was in that climate that gold went up 24X. 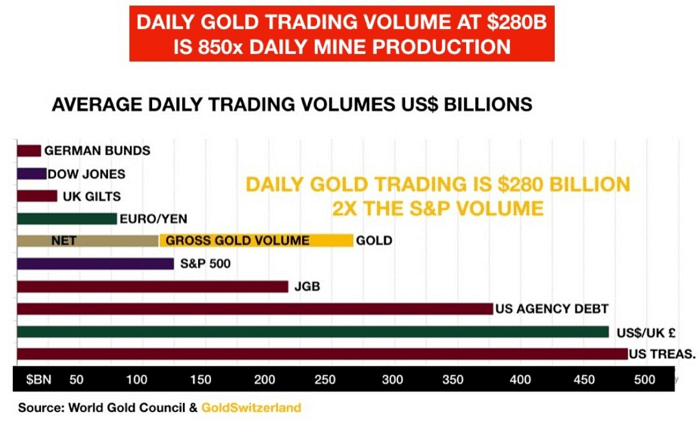 15. The correction we have just seen in the gold price was a natural part of any commodity's cyclical movement. For the last few weeks, I pointed out that gold would go down to the low $1,700s and probably overshoot on the downside, as is often the case. Well, that is precisely what happened, and the correction is now over. Still, it is crucial to understand that an unlikely attempt at around $1,670 again would not change the very bullish picture for gold.

16. The coming up move in gold will be decisive and take everyone by surprise. There will be no reason for a significant correction before the $3,000 level.

17. Whether the gold price will go to my long-standing target of $10,000 IN TODAY’S MONEY or reach Jim Sinclair’s $50,000. We will see in the next five years as likely are probably hyperinflationary levels of $100 million or $100 trillion.

18. The levels above are neither forecasts nor meant to be sensational projections for attention-seeking. No, they are likely consequences of all the factors that I have outlined above.

20. The significant structural shortages of physical gold and the gold paper markets' failure could make physical gold unavailable at any price.

21. What I say about the gold price above will be even more relevant for silver which is likely to go up 3-5X as fast as gold. But remember that silver is not for the fainthearted since it is considerably more volatile than gold.

22. In the coming bear market for currencies and bull market for precious metals, gold and silver will not just maintain purchasing power but massively outperform and become the must-have investment.

23. But above all, do not buy gold and silver for speculative purposes. Gold and silver are your insurance against the coming end of a monetary era when all currencies and bubble assets will implode.