Gold is usually thought of as a safe-haven protection asset and used when other markets are uncertain. That has not been the predicament as of late.

In the last several days, the yellow metal is accelerating to a two-month high along with the extraordinary gains in the stock market lately.

Equities have been edging to new record highs virtually daily, yet the Gold has also silently rallied and closed the trading sessions at the highest settlement in nearly two months. 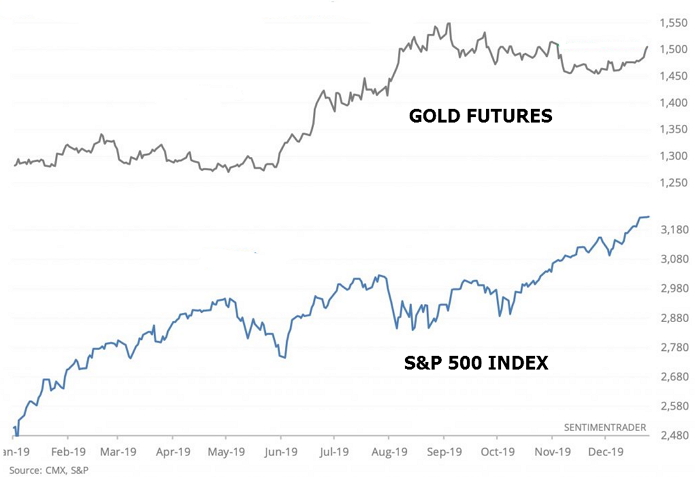 This sort of market behavior gives the traders and investors something to think about - usually with the suggestion that this is a bad sign.

It is not like both assets are ideally inversely correlated; they are not. Both frequently go through stages of rising or declining together.

Never the less it was not such a bad indication for the stock market - the broad S&P 500 advanced going forward all across vital time frames, even so as its average return led to be a tad below average.

For Gold, although it was a problem. When it surged higher while equities were hitting a new record high, it infrequently maintained its pace for long. Many Gold bugs want to believe that metal is lastly beginning on a long-sought market trend development. 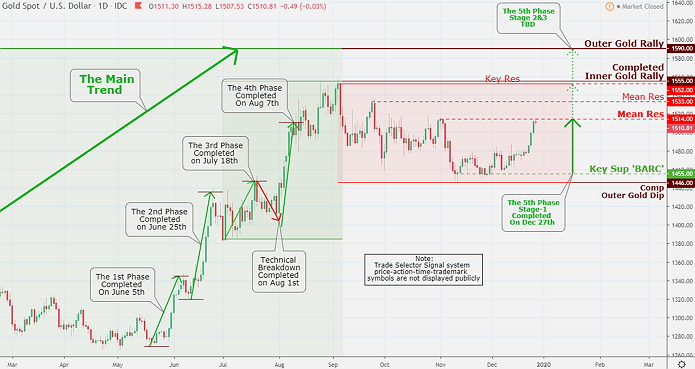 The crux of the matter for Gold bulls is that they are watching for any signs of a long duration trend change. One good example would be the massive breakout above Key Res $1,555 level set earlier in September this year. However, a break above the next two Mean Res $1,514 and $1,533 would be further validation.

The Christmas holiday-shortened trading week was another record-setting prices week, with the heavy-technology Nasdaq Composite index reaching the 9000 levels for the very first time in the history posting +0.9% gain.

By being an excellent overall market indicator, The Russell 2000 index,  shows us in advance a possible pull-back based on completion of Inner Index Rally $1681.70.

Currently, the Index is a development/confirmation of the end of the intermediate trend. The possible retracement can take us down to Mean Sup $1640 and beyond. If all fails on the downside in the short term, we have Outer Index Rally $1695 to conquer.

The rest of the story

Amazon stock shined with a 4.7% extraordinary weekly increase after the company announced it had yet, another record-breaking Christmas holiday shopping season.

So, there was no surprise, then, to observe the S&P 500 consumer discretionary market sector posting +1.5% gain as the week's best-performing area.

While the information technology sector increased +1.1% followed the strength of Apple stock, the defensive-oriented utility sector posted -0.4% as being the lone market sector that ended lower.

The sought calls for market pullback were unanswered, with optimistic sentiment coupled with a bullish up-trend remaining on the market's front.

Other news stories that may have helped the market sentiment were rumors that a Phase One trade deal with China is close to being signed and sealed.