Economic research and your trading platform

In an economic research and commerce there are eight major currencies most forex traders follow, the Euro, U.S. Dollar, British pound, Swiss franc, Japanese yen, Canadian dollar, New Zealand dollar and Australian dollar. Each day there are a minimum of at least seven important pieces of data that can cause one of those currencies or several of them to rise or fall in value. This opens up great opportunities for short-term trades and a fast turnaround of profits. If you aren't using that data, not only to predict immediate currency movements, but also extended ones, you are missing some great opportunities. 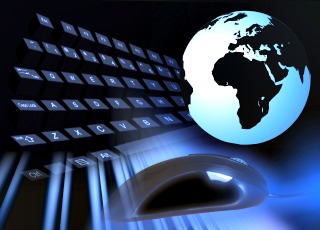 Types of news that can affect the value of currency include any changes in the county's interest rate, the consumer price index that indicates inflationary trends, unemployment rates, retail sales, the industrial production of the country, consumer confidence surveys, trade balances, business sentiment surveys and surveys from the manufacturing sector. If you're already experienced in trading stocks, you know how important the financial reports are to the value of the stocks. These are like the country's financial statements and can have an immediate, and sometimes lingering, effect on the conversion price of currencies.

Even though the governmental reports are important, there are other types of information that is just as important for economic research. Political events can create speculation and volatility in a country's currency. Getting the most up-to-date information from polls before the election can help you predict the turn a currency value will take. Knowing the fiscal approach each candidate takes is of vital importance. If the presiding power feels the economy of the country is the most vital issue and has created economic policies that have proven to create economic growth, the continuation of this party's power will keep the currency value strong. However, a change can drive the value spiraling downward. Knowing the potential outcome of an election can help make a wiser decision on how to trade.

Any type of political instability can also create a dramatic change in the value of a currency. Scandals, unexpected elections due to a recall or civil unrest also create instability and price changes. It's not just governmental changes you need to be aware of to have more profitable trades. The weather and any catastrophic natural disaster can affect the value of a country's currency. Any major disaster, such as an earthquake, hurricane, tsunami or volcanic activity can cause not only the loss of life, but also damage the infrastructure and destroy manufacturing and distribution areas. These all create concerns about the economic future of a country and that concern is obvious in the value of currency pairs.

A declaration of war, impending war or even a major terrorist attack, such as the one that occurred on 9/11 in the US can affect the value of the currency. It can lower the consumer confidence, resulting in reduced spending and slower economic growth. It also can result in the need to borrow, both for defenses and rebuilding, both of which result in lower interest rates. Sometimes, however, preparing for war can give an economy a jump start, which is why currency in times of war is often extremely volatile.

Economic research is just part of the information you need to make smart decisions when trading, but it is a very important part. Using it, along with technical indicators can help you become part of the group of successful traders. If your platform doesn't have streaming news and the latest economic research data from your trading pairs, you need to supplement it with an outside source or search for a trading platform that does. The more you know, the better able you'll be to make wiser trading decisions.