The Digital Currency Group is the first conglomerate of blockchains 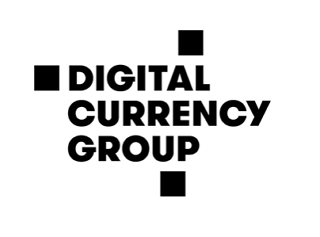 The DCG (Digital Currency Group) has raised $700 million from an investment round that SoftBank led. It is the second-largest capital raise ever raised in the world of blockchain. It also puts the DCG at around $10 billion - That's decacorn status.

DCG and its subsidiaries are among the most well-known active, creative, and innovative players in the blockchain and digital currency sector. Digital Currency Group is backed by many of the world's most famous investors, and its subsidiaries employ over 1,000 employees across the globe.

Digital Currency Group was established in 2015 by its CEO Barry Silbert; DCG is the most proactive investor in the blockchain industry to create a more robust financial system by expanding blockchain technology and digital assets.

The DCG is at the very heart of the sector, assisting around 200 blockchain businesses in more than 35 countries. DCG invests directly into digital currencies, as well as other assets.

Alongside its portfolio of investments, DCG has the responsibility of being the mother company for Genesis (a world-class digital asset-based broker), Grayscale Investments (the most prominent cryptocurrency assets manager), CoinDesk (a leading financial media as well as data and information firm), Foundry (a leader in bitcoin mining and stakes taking), Luno (a leading cryptocurrency platform with a global footprint) and TradeBlock (an institution-based trading platform).

What's fascinating is that Digital Currency Group isn't an investment or venture capital (VC) company. Instead, it's positioning itself as the first blockchain/cryptocurrency conglomerate.

When we examine the DCG's holdings, we'll see that it's a holding company for all things happening in the blockchain field. The company has invested across every nook and crevice of the cryptocurrency and blockchain sector.

The DCG has proven to be a reliable partner in the field over the decades. The company is headed by Barry Silbert, a big advocate for Bitcoin from the beginning. He's always been eager to stay at the forefront and invest in innovative blockchain technology decades before they even begin to get stronger.

The Digital Currency Group could be a fantastic company to invest in over the long term. However, it has not shown any intention of being available to the public or small private investors.

However, it is an excellent company to keep an eye on. Looking at where the Digital Currency Group allocates capital, we can pinpoint the most notable blockchain-related projects expected to be significant within the next three to four years.

In addition, with the $700 million capital resulting from this latest raise, we can be sure that Silbert, along with the Digital Currency Group team, will be busy making major investment decisions in the coming months. I fully expect the rapidly growing metaverse trend to become an important investment area for the foreseeable future.

For those who are curious about this technology field, this is an exciting company to follow.