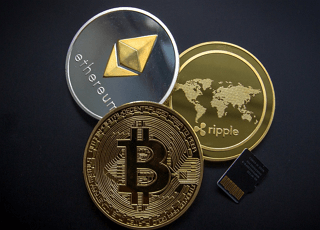 A confluence of events surrounding digital assets and cryptocurrencies has given me great concern for the industry. Three separate occasions are throwing up red flags.

First, the New York Attorney General (AG) issued something of a warning to cryptocurrency investors. This was tied to the court case involving U.S. stablecoin Tether that we talked about back in January.

To sum up, that case revealed that Tether had not been backed one-to-one by U.S. dollars as it claims. As a result, the AG requires Tether and cryptocurrency exchange Bitfinex to stop all trading activity in the state of New York.

Also, the New York AG issued what could be considered a warning to investors. It recommended extreme caution with regards to cryptocurrency.

To be clear, this is just a division of the SEC. It does not speak for the entire agency.

Still, it appears to be something of a warning shot across the bow. This may signal that the SEC is going to take an even harsher stance against digital assets.

Lastly, what is giving me the most significant concern about digital assets is that the newly nominated SEC chair Gary Gensler indicated that he would be more aggressive on regulatory enforcement issues than his predecessor, Jay Clayton. Things were not good for the industry under Clayton. That means things will likely get worse under Gensler. This is a significant concern.

To me, the fact that these events are happening at the same time is not a coincidence. The regulatory environment will remain unfriendly toward digital assets and cryptocurrencies – as well as ordinary investors interested in investing in the space – for the time being.

Heavy-handed regulations will also cause unwanted volatility in the industry and result in dramatic declines in digital asset prices.

As a member of the Chamber of Digital Commerce, I can say that we are doing everything we can in Washington to educate regulators on the benefits of digital assets and blockchain technology. Our goal is a friendly regulatory environment that provides clarity to the industry.

This will encourage growth and capital formation right here in the U.S. The work of the Chamber is more critical than ever before.

Unfortunately, we haven’t yet made the impact we strive for. And the regulatory environment remains very unclear for the time being. But we’re going to keep at it.

Blockchain technology is ultimately the next generation of internet technology. And we need to ensure that it succeeds.