Is the Databricks next Snowflake? 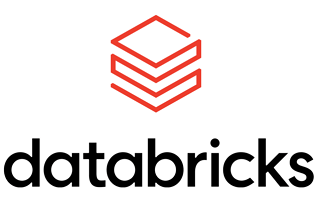 The Databricks was established in 2013. The company is a next-generation data infrastructure company that is geared towards machine learning. It can be compared to AWS (Amazon Web Services), which is focused on specific types of data applications. Their technology is well-known and widely used within the industry. The company is now valued at $38 billion, thanks to its impressive $1.6 billion raise.

This follows a February raise where Databricks raised $1 billion at a valuation of $28 billion. Databricks didn't need the money. This is a remarkable example of growth. In just eight years, it has risen from $0 to $38 billion. However, an essential part of this deal for me was who was participating.

Morgan Stanley, an investment bank, was the principal investor. This is not the way investment banks invest. They have traditionally been intermediaries between companies, the financial market, and their clients. This includes arranging for debt financing or issuing stock shares in IPO's (Initial Public Offerings).

It is strange to see them in such a financing round. This tells me that this company is on the right track to going public. My guess is next year.

Another sign that an Initial Public Offering is imminent for Databricks is comparing the business to Snowflake, a data warehousing firm.

Snowflake, which went public last September, was the largest ever software Initial Public Offering. The company's shares soared more than 111% after its debut on the stock market. The company's enterprise value (EV) today is $91 billion.

The company generated $851 million in revenue last year. This resulted in a 107 enterprise-to-sales ratio (EV/sales). This valuation is equal to 107 years' worth of sales and not profits. This is absurd. Anyone who invests in companies at these levels will lose their shirt.

Databricks is also sending us a similar warning sign

Comparatively, Apple's EV/sales are 7. High-growth, high-gross margin software companies are likely to trade in the 12-15 range. This is why Databricks and Snowflake's valuations are so insane.

Buyer beware. These valuations are short-lived. They are not sustainable. Investors will soon be on the edge if there is a slight hiccup with sales projections, market growth, or adoption.