Cryptocurrency and its future existence in the world 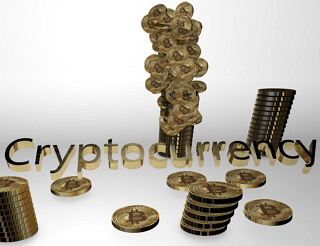 What's happening with cryptocurrency in China right now is groundbreaking. It is a question of whether or not these latest moves by the central government would harm the industry and if others would follow.

This topic has been interesting for years as China's central government has been twirling around with issues related to cryptocurrencies and imposing restrictions on certain parts of the sector - But this is a different space.

China has been firm with its banning move over the past two weeks. This decision is unambiguous. The central government has outlawed cryptocurrency mining entirely and declared all cryptocurrencies transactions illegal.

The market responded. Individuals and companies involved in mining cryptocurrency have been selling their mining equipment to the market for as little as possible. The mining operations have been moving offshore in a matter of hours, and underground miners are at risk of severe consequences.

Is this a surprise? No. It was actually a surprise that it hadn't happened earlier.

The blockchain industry is built upon distributed, decentralized, and censorship-resistant technology. This removes the power that is facilitated by central control. The philosophy and ethos of the blockchain industry are incompatible with how communist nation-states like China operate - with centralized control and an iron fist.

China could lose control of its currency by allowing new money to be created. It would not be perilous to allow its citizens access to capital that isn't controlled by its central banking. It wouldn't, and it won't be allowed.

With the ban of cryptocurrency, there's more than meets the eye

Outlawing cryptocurrency outright signals there may be something behind the announcement's timing. It is unlikely that it is an accident. China has been testing and developing its digital currency (CBDC) for many years, backed by its central bank.

It seems China is getting ready for it, and these mandates are designed to clear the way to prepare the country for the digital Yuan, which will give the central government more control than it currently has.

It will not only be able to "print" as many digital currencies as it wants, but it will also be able to "see" every transaction and tax it as it pleases. With a bit of imagination, it is possible to imagine that digital currency could be used to encourage desired behavior as defined by the Chinese Communist Party.

It's there. You can see it now. Absolute power is what state control represents. This should alarm anyone who believes in an open and non-discriminatory free society - this should be utterly terrifying.

This ban is not only sounded horrifying, but it is also great news for the industry. Before the ban, 53% of all bitcoin mining was done by a few companies in China. This could theoretically have led to collaboration or control over the bitcoin blockchain. This would be a bad thing.

The bitcoin blockchain network became much more distributed and, consequently, more resilient in a matter of minutes. We like that direction.

Many in the blockchain industry have also worked towards a cleaner infrastructure. Blockchain technology is information technology. It's a network of computing devices, which means that energy is needed to power them.

More than 60% of all cryptocurrency mining in China was done using electricity from coal. It's something we all want to change. The carbon footprint of these networks is being reduced by the shift from China to other markets.

The U.S. government was undoubtedly aware of this move by China: Jerome Powell, Chair of the Federal Reserve (Fed), stated clearly before the House Financial Services Committee that the Fed does not intend to ban cryptocurrency.

The other day, the Securities and Exchange Commission (SEC) Chair Gary Gensler also stated that the U.S. would not ban cryptocurrency. SEC's primary focus will be on consumer protection, tax laws, and anti-money laundering regulations concerning cryptocurrencies.

That's all sounds great, then let's do it. This is the right time to provide regulatory clarity, and hopefully, light touch when it comes to regulation surrounding blockchain technology and cryptocurrency.

China has just handed the rest of the world a spectacular gift. This is an opportunity for a leadership space in the next generation of internet and financial services.

I hope the U.S. government and other world governments take advantage of this fantastic opportunity and allow ordinary investors to get in on the action and share in the incredible wealth created by this disturbing technology sector.