The Circle continues to be a masterstroke 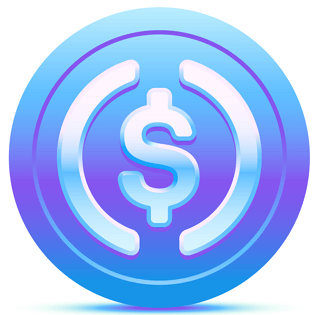 Circle, a blockchain company, continues to push forward with its masterstroke. The Circle is the company behind the U.S. Dollar Coin. The company also applied a few weeks ago for a narrow bank charter. This is viewed as nothing less than a backdoor move to become a Central Banking Digital Currency (CBDC).

However, the Circle's plot has just gotten more complicated

Now, the Circle must complete the public company process. After that, anyone will be able to access the financial status of the company at any time. This provides complete transparency, which is crucial when it comes time to assess regulatory compliance.

Circle and Coinbase, as we see it, is creating an "easy" button for the U.S. government. They are leaders in blockchain technology and have figured out the technology necessary to create a functional stablecoin, which is 100% backed by United States Dollars.

The government would be able to adopt USDC without having to develop and design its own CBDC. As this process would take a lot of time and with government bureaucracy, this would require all sorts of politics, committees, and red tape, which would, in turn, delay the development considerably - possibly for years.

This would mean that the United States could fall behind China and other countries that are much further along in the development to launch their own CBDCs.

This is a great move. Although there is no guarantee Circle will succeed with this masterstroke, it has placed USDC in a position where the Federal Reserve policymakers and regulators will need to consider adopting USDC as a CBDC.