Cerebras' technological breakthrough is about to escalate

The company called Cerebras announced that it had made the world's largest semiconductor. Here it is a record-breaking semiconductor: 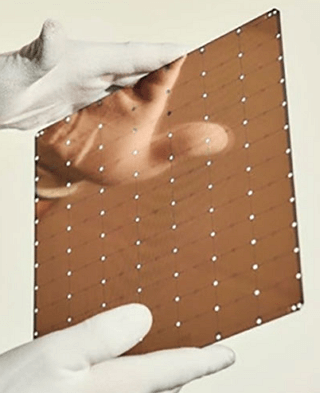 This electronic slab measures nearly 9x9 inches. This latest version features 2.6 trillion transistors, 850,000 cores and is optimized for AI (Artificial Intelligence): This thing is, in short, a beast.

Cerebras has just announced something extraordinary. The new chip design supports neural networks, a type of Artificial Intelligence that can handle 120 trillion parameters. This is more than 100 times higher than the current leading edge.

This is a significant announcement. The key is that the human brain has only about 100 trillion synapses. This means that the Cerebras chip can perform simultaneous computations at the same level as the human brain.

This is something that the industry has worked towards for many decades. This is the turning point in the Artificial Intelligence space.

We can be confident that technological breakthroughs will come quickly when neural networks run 24 hours a day without getting tired. Technology will continue to advance at an ever-increasing rate.

With Cerebras chip, things are getting a little weird

Cerebras' chips can be purchased right now for several millions of U.S. Dollars. Anyone with the funds can buy it and put it into use. It will solve any problem - even ones we do not know about or discovered yet.

Things will just get done. Advanced Artificial Intelligence can predict the future and plan forward. It's not easy, but it is possible. We need to be ready for these types of drastic changes.

The heart of the matter is this: the genie is out of the bottle. We still have three months before we reach the next milestone in Artificial Intelligence developments.

In the near future, I will share more critical information regarding Artificial Intelligence developments with you, dear reader. It's going to be a wild ride. Invest wisely.