Bitcoins, the virtual way to pay

Bitcoins only exist online and not in a tangible form. Money isn't real. It has no value other than what we give it. After all, isn't a dollar bill just a piece of paper that we accept in good faith for goods or services? One civilization used conch shells as their means of exchange. 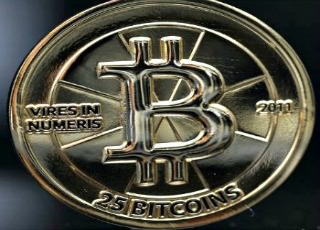 Money eliminates the need to use the barter system and makes commerce grow faster and makes all transactions smoother. Now there's a new form of money that you can't touch, see or hear jingle when you toss it in your piggy bank. It's bitcoins. These are virtual methods of payment that are used to pay online for many things, some of which are on the darknet and illegal.

When bitcoins were first created by a man named Satoshi Nakamoto. This “Japanese” programmer created an academic paper outlining the process and then disappeared in 2009. I used quotes around the word Japanese for a reason. In the papers he wrote, which was in English, he used the language much like it's used in America. That led many people to believe his name was just a pseudonym.

It's virtual, but there's a protection from double spending

In the real world, if you have ten dollars and buy something that costs ten dollars, you hand the money over to the merchant and it's no longer in your possession. In the virtual world, it seems as though there would be nothing to stop you from using the same bitcoins over and over for multiple purchases since it's not regulated by any governmental entity. There is, in fact, a public ledger that stops you from doing this. It's a decentralized peer-to-peer network that matches the address with a combination of public and private keys. Once it leaves your wallet and goes to another, you no longer have it available.

Using this form of payment for forex trading

If you have a broker that accepts this medium of currency, you can open your trading account using them. That can be tricky since brokers instantly sell them, leaving you with the value they're worth in US dollars or other currency at the time of deposit. When these virtual coins first started they were worth just pennies in 2010 to 2011 to a high of almost $1,000 in 2014. On a daily basis, they can fluctuate greatly. Exchange rates also vary from broker to broker. As you can probably tell, it introduces a new way to make money or lose money.

There are benefits, however. The value isn't controlled at a central location that can change it on a whim and it values doesn't vary because of regional issues, wars or calamities. It can be highly leveraged and there's no transaction cost since its transactions are all recorded digitally on public networks and don't require the intervention of clearing agencies or banks. These savings by the broker passes to clients, eliminating deposit and withdrawal fees. The cost of trading is often lower, just as the initial deposit is and you never have to give credit card or bank account details in these transactions when you use bitcoins.