As a bitcoin miner - can you still make money?

A few years ago being bitcoin miner, was incredibly popular and highly profitable, but that has changed in recent years. If you are thinking of running a bitcoin miner now, you should tread carefully - because using one could actually end up costing you more money than you earn! 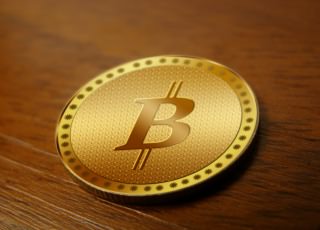 Bitcoin is a form of virtual currency known as a crypto-currency. It exists purely in the form of ones and zeroes in a digital wallet stored either on your computer or 'in the cloud'. Transactions conducted via bitcoin are as anonymous as you want them to be and untraceable. The currency has only the value that users of it place on it - and it is incredibly volatile.

Bitcoins are scarce because of the way they are created. They are 'mined' using a complex mathematical algorithm, and there is a finite number of coins to be found. Discovering coins gets harder and harder the more that are located, and it requires more and more processor time.

The increasing difficulty of finding new coins, combined with the increasing cost of electricity, means that unless you have highly specialized mining hardware and live in an area with relatively cheap electricity, using a bitcoin miner could actually cost you more money than it would generate. This is such a serious problem that even a lot of cloud mining services are no longer allowing people to open accounts - because the services are simply not a good investment.

Of course, this may not stay true forever - eventually, the price of bitcoins may go back up - or new blockchains could be released that would allow people to mine coins more easily. If either of those things happened, then mining bitcoins might become more productive, and this could make mining accessible to the average person again. For now, buying and selling bitcoins as if they were a real currency is probably a better option and one that is more likely to pay off. Alternatively, you can try to earn coins through bitcoin faucets, or even by doing small jobs on micro-sites.

There are a lot of ways to get bitcoins other than mining. The trick is figuring out what will work for you, and putting your skills into action. Being bitcoin miner is an option for only a handful of people right now, and you should do your research before buying specialist mining hardware.