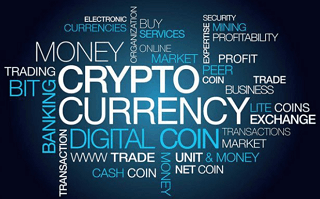 Predicting the price of bitcoin is not the aim of this article. We do not know what the coin's value will be over the near long term, nor does anyone else. It's a look into crypto coin's economics as an investment.

First off, bitcoin isn't a Ponzi scheme. The term Ponzi is a scam where the sponsor promises a profit. The sponsor does not create the yield. He reports his gains to investors and then spends the money to fund his extravagant lifestyle. Ponzi schemes will be exposed at some point or another after the investment of the sponsor and/or investor withdrawals deplete the bank accounts dry.

The coin is more like an elaborate pyramid scheme. However, it is not inevitably illegal. Bitcoin doesn't promise any specific return, at least not the yield invested capital for the participants.

You pay some X amount dollars or other fiat currencies to a Bitcoin seller on the assumption that a buyer in the future will be able to pay you Y amount of dollars. However, much like a Ponzi scheme, new investors and monies invested in the plot come from profits. But unlike a Ponzi scheme where there isn't any shared pool where all the money goes.

It is important to note that one does not put fiat money into a coin. The fiat currency is not converted into bitcoin. One transfers one's savings to a former crypto coin owner, who then sells this coin to you. The seller now has your money (savings) and can spend it as their profit - your savings, in other words, is consumed by the seller.

Bitcoin is thus like another bull market fueled by the declining interest rate. It is a means to transform the capital of one person into the income of another, to be used for spending. Like a Ponzi, the pyramid can collapse when more people look to "Sell" (i.e., withdraw) rather than buy.

This doesn't suggest that the price of bitcoin will plummet in the near future. or next year. It could trade for one penny or a million dollars or any other amount and most likely be somewhere between.

I hope you don't take my word as a preaching warning not to trade the bitcoin. Central banks have waged a big war against interest rates. They have deprived people of the ability to earn a yield. So, most people are left with the option of relying on speculation to make a profit.

Welcome to the Trading The Market Before It Happens, an independent, no-conflict guide providing you with the most advanced developments of the market trends...